Xylotheks, or xylotheques, are book-like herbariums, made of wood and filled with wood specimens, including dried leaves, flowers, seeds and bark.   They appeared towards the end of the 17th century in cabinets of curiosities but became popular in Europe at the end of the 18th century and early 19th century. 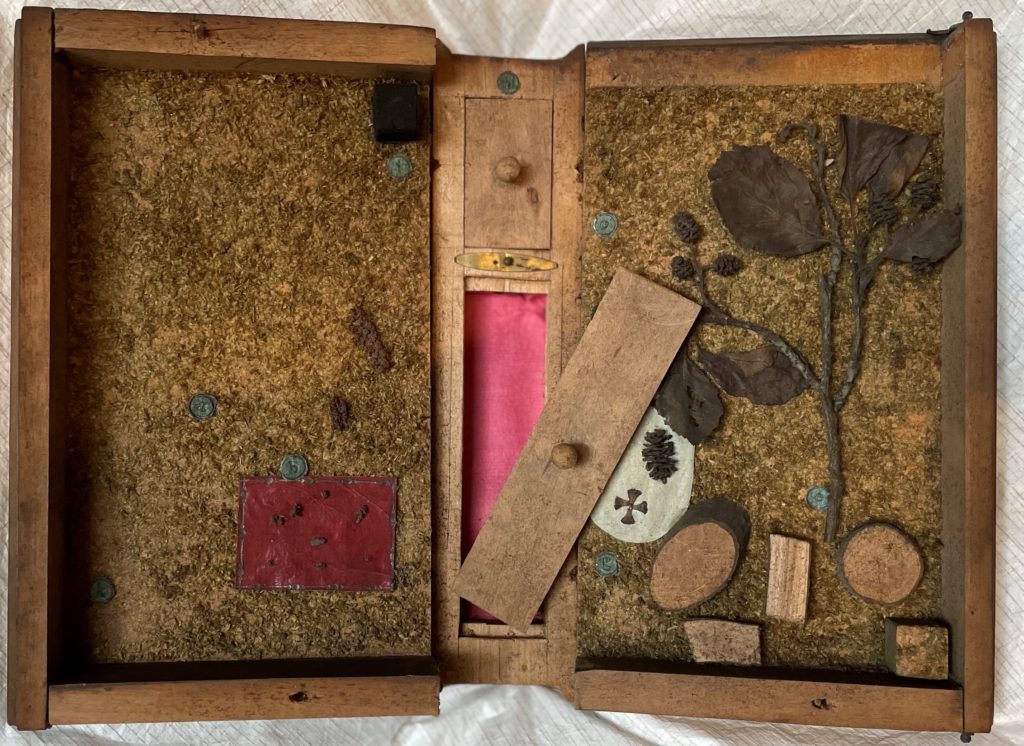 Often each ‘book’ in a collection was made from a different type of wood and, typically, the box was made from the same type of wood as the specimens inside.  The spines might be covered with bark and decorated with moss and lichens or made to look like the spines of books with green or red leather spine labels.  When open, the ‘books’ reveal compartments in the spine which would have held written descriptions of the species of wood contained within.

The Institution has thirteen xylotheks originating from France, or at least written in French.  As yet, we don’t know much about them or how they came to the Institution but almost certainly they date from the early 19th century and are a rare and fascinating addition to the Institution’s wonderful collection of early works of natural history.   We would love to be able to show these extraordinary objects through our learning and engagement programme but first we need to preserve both the boxes and the delicate specimens inside.  Will you help?

Posted in Library Collections by Sonia Llewellyn on October 10th, 2021.