Home What’s on “Rabbit Food”: The Romantic roots of Vegetarianism

Lunchtime Lecture: “By all that is sacred in our hopes for the human race, I conjure those who love happiness and truth, to give a fair trial to the vegetable system”- Percy Bysshe Shelley, A Vindication of Natural Diet 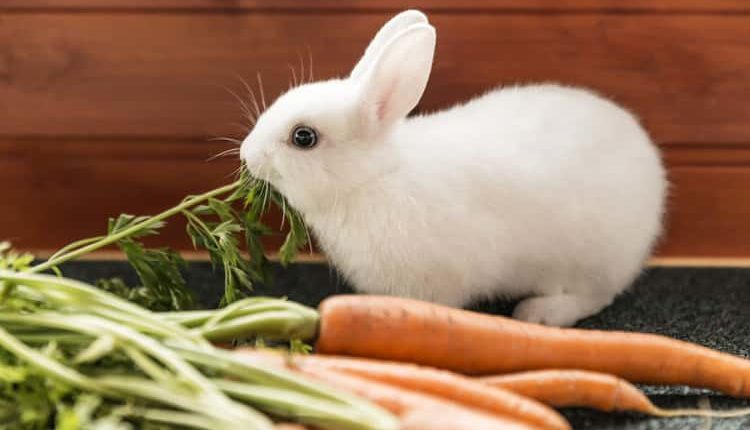 You might be surprised to learn that being vegetarian is Romantic- in the literary sense of the word! In honour of William Wordsworth’s birthday on April 7th this week, this post traces the poetry behind plant-based eating.

Today, if you were asked to name a famous writer you might well cite the name of William Wordsworth (1770-1850), Samuel Taylor Coleridge, (1722-1834), Percy Bysshe Shelley, (1792-1822), or Mary Shelley (1797-1851). Some readers might even remember learning Wordsworth’s “Daffodils” in their schooldays. Yet these writers, broadly known as the “Romantics,” were not widely read in their own lifetime. Often boasting unorthodox religious or political views, or distrusted because of their social backgrounds or bohemian lifestyles, these were individuals who wrote on the fringes. It is perhaps unsurprising, then, that they also often demonstrated a more unusual relationship with the environment around them.

The prevailing cultural movement in the 18th century was known as “the Enlightenment,” or “Age of Reason.” Enlightenment ideas demonstrated a marked determination to conquer nature, to gain mastery of all branches of “natural philosophy,” and to measure the world empirically. Many institutions which still exist today can trace their foundations to these values, such as the Devon & Exeter Institution itself, which was set up in 1813 in the Enlightenment spirit, to advance knowledge of literature, science and the arts. It was also, like many other places of science in the period, a place where numerous experiments were conducted! Unfortunately, many 18th century experiments were also carried out on animals. As the being “closest to the divine” man assumed his right to probe the innermost workings of nature and of God.

The Romantics, however, comprised a contemporary group of writers and artists who believed in individualism, humanism, and the power and importance of emotional responses. In many ways, these individuals also demonstrated a more sentimental relationship to the natural world. Today, Wordsworth is still often described as a “Lake Poet,” because his verses so frequently drew upon the landscape of the Lake District. His “lines written in early Spring” illustrate a characteristic interweaving of thought and feeling brought into sharp focus through observation of the natural environment:

Through primrose tufts, in that sweet bower,
The periwinkle trail’d its wreathes;
And ‘tis my faith that every flower
Enjoys the air it breathes.

Reflecting on the sentience of the primroses and periwinkles, Wordsworth breathes them into being through his lyrics. The idea of a knowing, living flower was perhaps an unconscious one for Wordsworth. Compared to some of the later Romantics, he did not actively pursue vegetarianism. However his interest in the small, living spirit capable of enjoying “the air it breathes” echoes the arguments about the sentience of animals forwarded by philosophers such as John Locke (1632-1704) and Immanuel Kant (1724-1802). It was an extension of these principles that would later lead to the campaigns against Animal Cruelty in the Victorian period.

Coleridge pursued plants in a slightly different form, using opium for pain relief and inspiration. The famous “Kubla Khan” was supposedly written under the influence, and remained unfinished because a visitor entered his room and interrupted his reverie. Coleridge should not just be remembered as a poet who pursued fantastical settings, however. Like Wordsworth, he also reflected on his immediate environment. His poem “To Nature,” reads:

It may indeed be fantasy when I
Essay to draw from all created things
Deep, heartfelt, inward joy that closely clings;
And trace in leaves and flowers that round me lie
Lessons of love and earnest piety.
So let it be; and if the wide world rings
In mock of this belief, it brings
Nor fear, nor grief, nor vain perplexity.
So will I build my altar in the fields…

Coleridge presents a picture of open enjoyment. He concedes the “wide world” might “mock” his “deep, heartfelt, inward joy” at natural observation. Like Wordsworth’s use of the rejoicing primrose, Coleridge’s observed leaves and flowers inspire an exploration of an inner feeling. In Coleridge’s case, though, he acknowledges his contemplation at his open-air “altar” might not accord with popular sentiments. He sees “lessons” to be learnt in nature, but it does not appear that this learning, for the poet, was to be gained in uprooting and dissecting the source.

Whilst Wordsworth and Coleridge used plants as a source of, or for poetic inspiration, however, plants would have even greater prominence for a later Romantic, the more outspoken Percy Bysshe Shelley. Whilst Wordsworth was a pastoral enthusiast who nonetheless neglected to pursue a plant-based diet, Shelley was a passionate vegetarian.

In 1813, Shelley wrote the pamphlet A Vindication of a Natural Diet, cleverly presenting vegetarianism, or pursuing a “vegetable diet” as an enlightened stance:

By all that is sacred in our hopes for the human race, I conjure those who love happiness and truth, to give a fair trial to the vegetable system. Reasoning is surely superfluous on a subject whose merits an experience of six months would set for ever at rest. But it is only among the enlightened and benevolent that so great a sacrifice of appetite and prejudice can be expected, even though its ultimate excellence should not admit of dispute.

Mary Shelley, author of the famous “Frankenstein,” was also encouraged by her husband to adopt a similar diet. It is notable that the creature in her novel, despite killing his victims, never eats them, and seems to advocate a plant-based diet, eating “acorns and berries.” His dietary choices are used to demonstrate his potential for higher spirituality and human values, under the right circumstances:

My food is not that of man; I do not destroy the lamb and the kid, to glut my appetite; acorns and berries afford me sufficient nourishment. My companion will be of the same nature as myself, and will be content with the same fare. We shall make our bed of dried leaves; the sun will shine on us as on man, and will ripen our food. The picture I present to you is peaceful and human.

In the 18th and 19th centuries, vegetarians were often seen as mavericks. In a world which largely accepted meat consumption as healthy and necessary, it was naturally difficult to obtain the right advice and resources to maintain a plant-based diet. There is some speculation that Mary Shelley suffered from a lack of nutrition, and a cruel characterisation of Patrick Brontë largely rests on a story that he imposed a strict vegetarian diet on his talented daughters, Charlotte, Emily, and Anne. However, it is impossible to know who really made the choices in either case. By the late Victorian era, ideas about animal rights were becoming increasingly accepted. Charles Darwin’s work had blurred the distinctions between man and other animals, as his revolutionary Origin of Species (1859), suggested man had come to prominence by accident, not divine right. When we read the lengthy account of the brutal pig killing in Thomas Hardy’s 1895 Jude the Obscure, we can see these ideas at play. Did humans have the right to kill animals, and in such a brutal way?

Nowadays, recipes and advice on pursuing a vegetarian diet have become much more-readily available. The term “flexitarian” has also come in to use, referring to those who are committed to including more plant-based dinners in their weekly meal plan.

On that note, if you have been considering turning over “a new leaf” and trying a vegetarian diet, or simply want some inspiration for the food you might have left in the cupboard, why not have a go at making this vegetarian Spring Risotto which you can find on Facebook.

This recipe comes courtesy of Katharine and Sally, who would have been making our Easter feast this week!

For dessert, you might also wish to have a go at this Vegan Carrot Cake also on Facebook.

Ordinarily, some of the “Lyrical Ballads” by William Wordsworth and Samuel Taylor Coleridge, first published in 1798, can be read in the volume Poems by William Wordsworth: including Lyrical Ballads, and the miscellaneous pieces of the author…, Longman, Hurst, Rees, Orme, and Brown, 1815-20, in the Devon and Exeter Institution’s collection. They can also be accessed freely on archive.org here.