Samuel Horsley (1733-1806) published his tremendous five-volume collected works of Sir Isaac Newton (1642-1727) between 1779 and 1785. It was the first collected edition of Newton’s works to be published. Horsley was self-taught in Latin – the international language of scholarship that ensured his book was read throughout Europe and beyond. 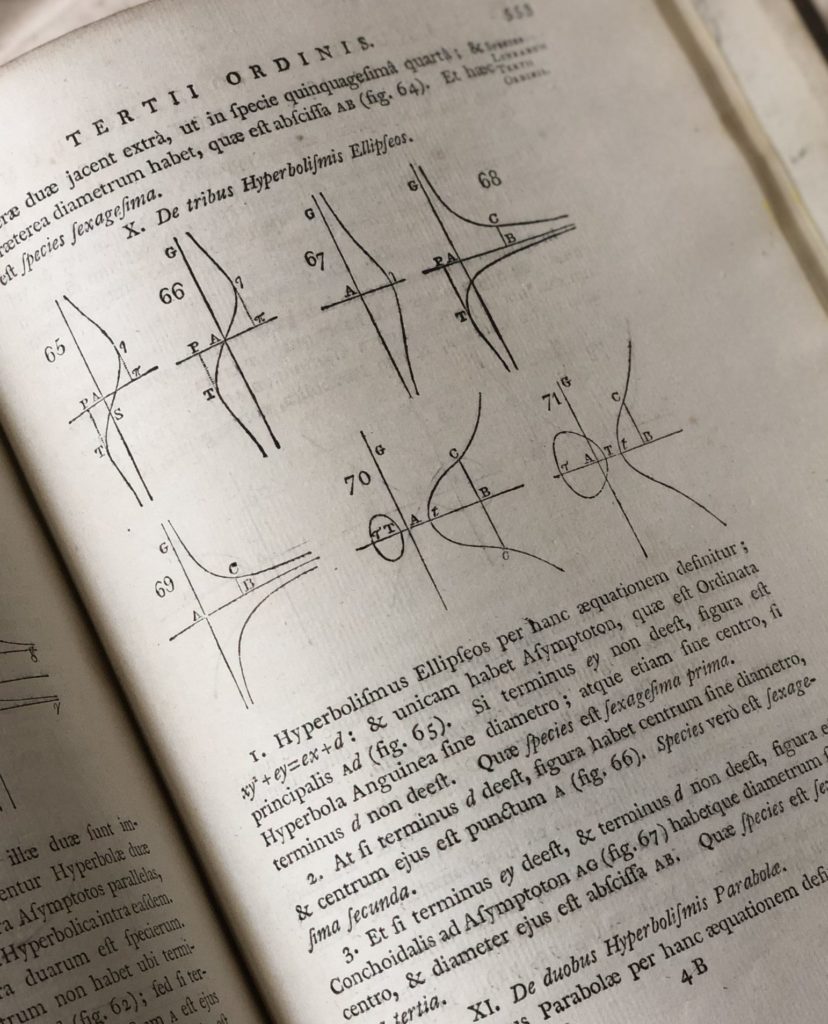 Horsley intended to practice law but following his formal education at Trinity Hall, Cambridge, he exchanged law for the church and eventually became Bishop of Rochester in 1793 and then Bishop of St Asaph in 1802.

He was also a skilled mathematician, physicist and scientist. The Royal Society became the focus of his intellectual interests: he was elected a Fellow in 1767 and went on to be elected to the Society’s council in 1771 and to the position of Secretary in 1773. He even turned his energies to reviving the Royal Society’s library. Sadly, following disputes with Joseph Priestley and Sir Joseph Banks, he withdrew his membership in 1784. 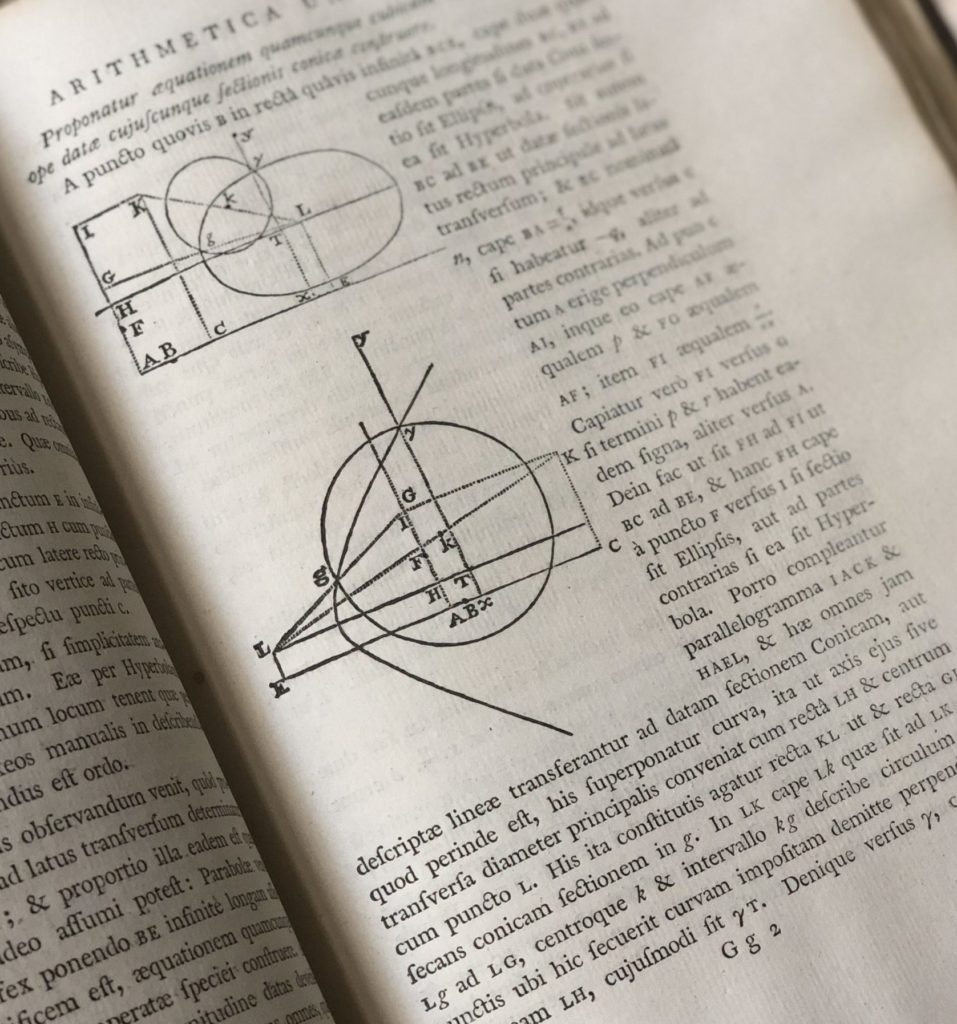 Horsley’s Isaaci Newtoni opera was a huge achievement; for over a century it conveyed Newton’s achievements across the globe. Horsley developed his interest in Newton by cataloguing the scientist’s papers held by the earls of Portsmouth in 1777; he marked a star against those he considered suitable for including in his collected edition. Although Horsley claimed to include all Newton’s works, he omitted material that made evident Newton’s unorthodox religious views and his interest in alchemy.

The Devon and Exeter Institution is extremely fortunate to hold Horsley’s masterpiece – but all five volumes require conservation to ensure they delight future generations of scientists and mathematicians. 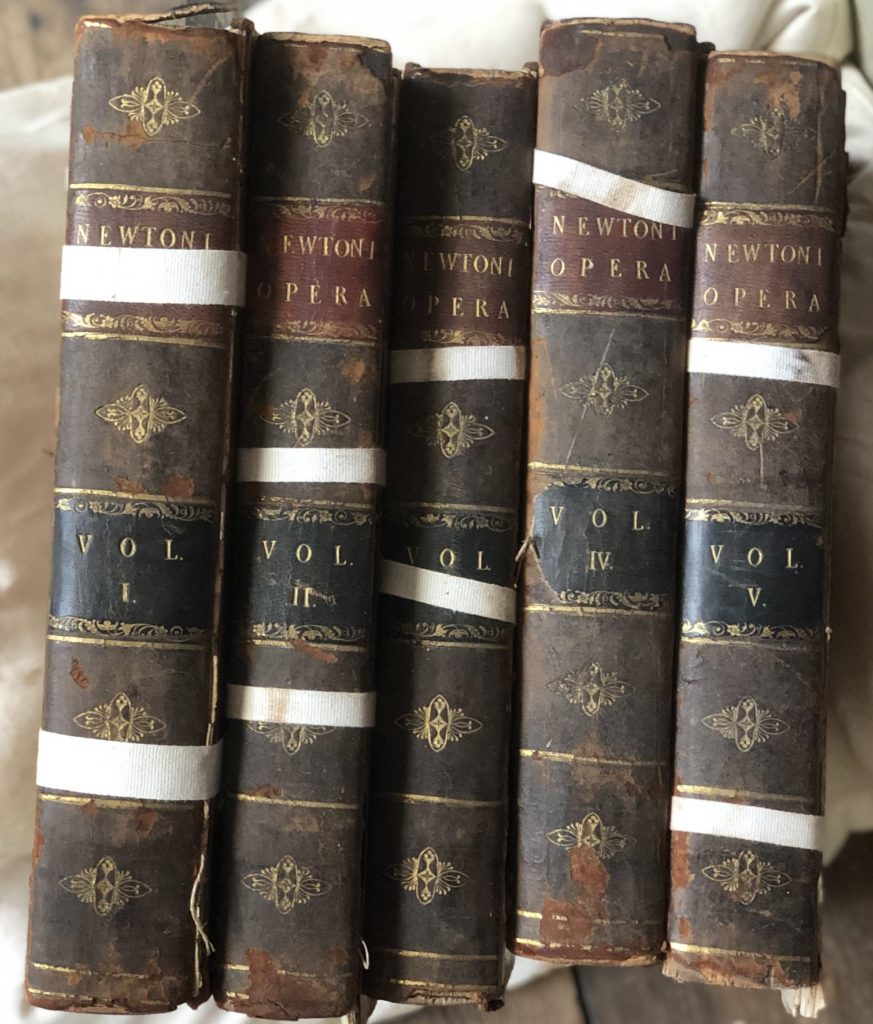