Did you end up with a lot of leftover packaging after the holidays? If you can find a cylindrical or oblong container, and any plastic windows, ribbon, some tape, some scissors, some tin foil, and a piece of card, you might be able to put that packaging to better use!

You may not think of space travel as particularly “green,” but every space shuttle has to create its own ecosystem whereby it recycles its materials. The more sustainable each journey is, and the more material it can reuse, the longer the flight can be. We are at the place we are now because of generations of thinkers and ideas, and we are still learning and developing!

Astronomy and space sciences have a much longer history than we might think. When the DEI was founded in 1813, its members were interested in a wide variety of subjects, and the institution sought to gather a collection that suited these various interests. Not only did the DEI’s members gather contemporary texts, but they also invested in volumes reflecting the discoveries of important thinkers from across the centuries. In the early 19th century, the pursuit of Science was largely known as “Natural Philosophy,” and it was only later that it was separated more concretely into disciplines such as Biology, Chemistry, and Physics. In this early experimental phase, this creative time of scientific speculation and exchanging ideas, it is even said some experiments were carried out at the institution, with mixed results! 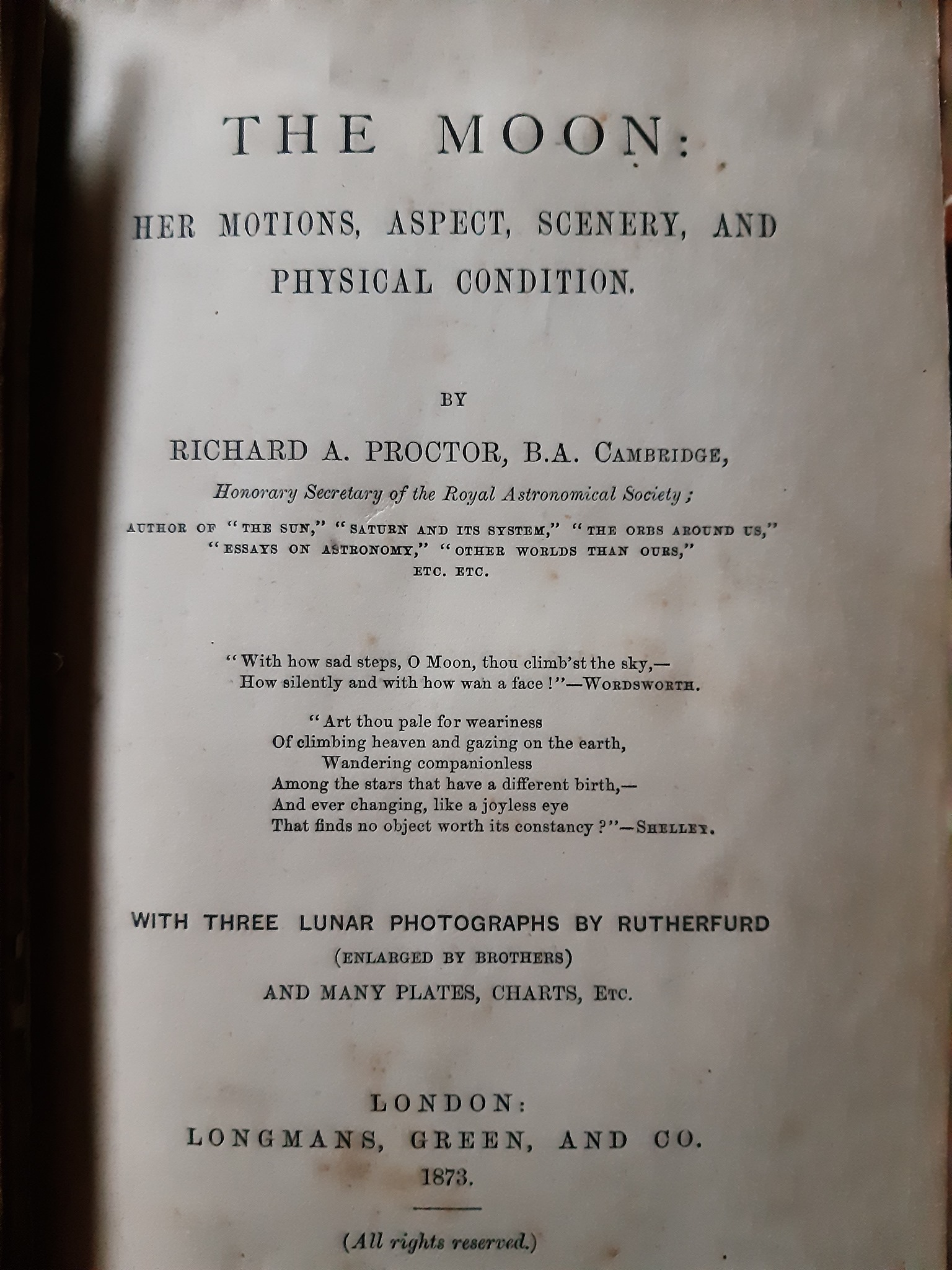 Eventually, the separation of the sciences encouraged new professional bodies, such as the Royal Astronomy Society, founded by John Herschel in 1820 to encourage and promote the study of the planets and the stars. By the Victorian era, new, more powerful telescopes had encouraged certain space-minded individuals to look skywards with more intent. Amongst the collection today, we have a few volumes that focus on Astronomy, including two beautifully-illustrated volumes by Richard A. Proctor, the Honorary Secretary of the Royal Astronomical Society. In his 1873 volume on “The Moon: Her Motions, Aspect, Scenery, and Physical Condition” Proctor reflected:

“Of lunarian phenomena, – that is, of the appearance presented by lunar landscapes, I shall say little, because, in point of fact, we know far too little respecting the real details of lunar scenery to form any satisfactory opinion on the subject. If a landscape-painter were invited to draw a picture presenting his conceptions of the scenery of a region which he had only viewed from a distance of a hundred miles, he would be under no greater difficulties than the astronomer who undertakes to draw a lunar landscape, as it would actually appear to any one placed on the surface of the moon.”(308). 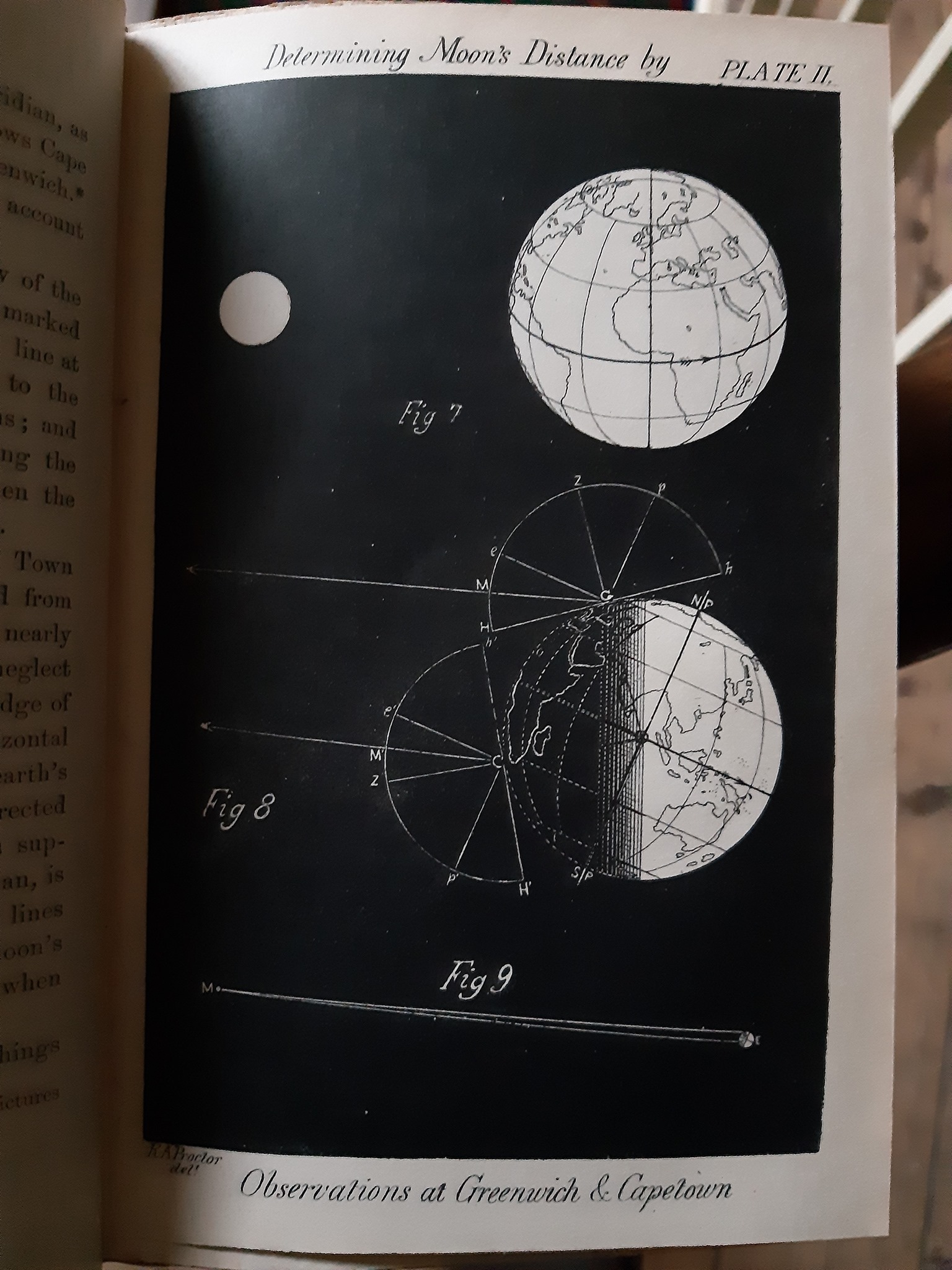 For Proctor, and the other 19th-century astronomers of his day, the moon was still a distant and mysterious place, viewed only by telescope. Now we have better instruments to map the moon, and as part of the Apollo Program, carried out between 1969 and 1972, twelve people have walked on the moon to date. Who knows what might happen next if we invest in new discoveries!

Whilst the moon may seem even farther off to us under the current circumstances, it is a somewhat reassuring object, which we can view, as a constant, in the sky at night.

At some point in the 1800s, Percy Bysshe Shelley wrote the following verse “To the Moon”:

“Art thou pale for weariness

Of climbing heaven and gazing on the earth,

Among the stars that have a different birth, —

That finds no object worth its constancy?”

To bring you a little closer to the moon in your imagination, here are a few instructions on how to make your own miniature rocket (though you can follow these as much or as little as you would like!): 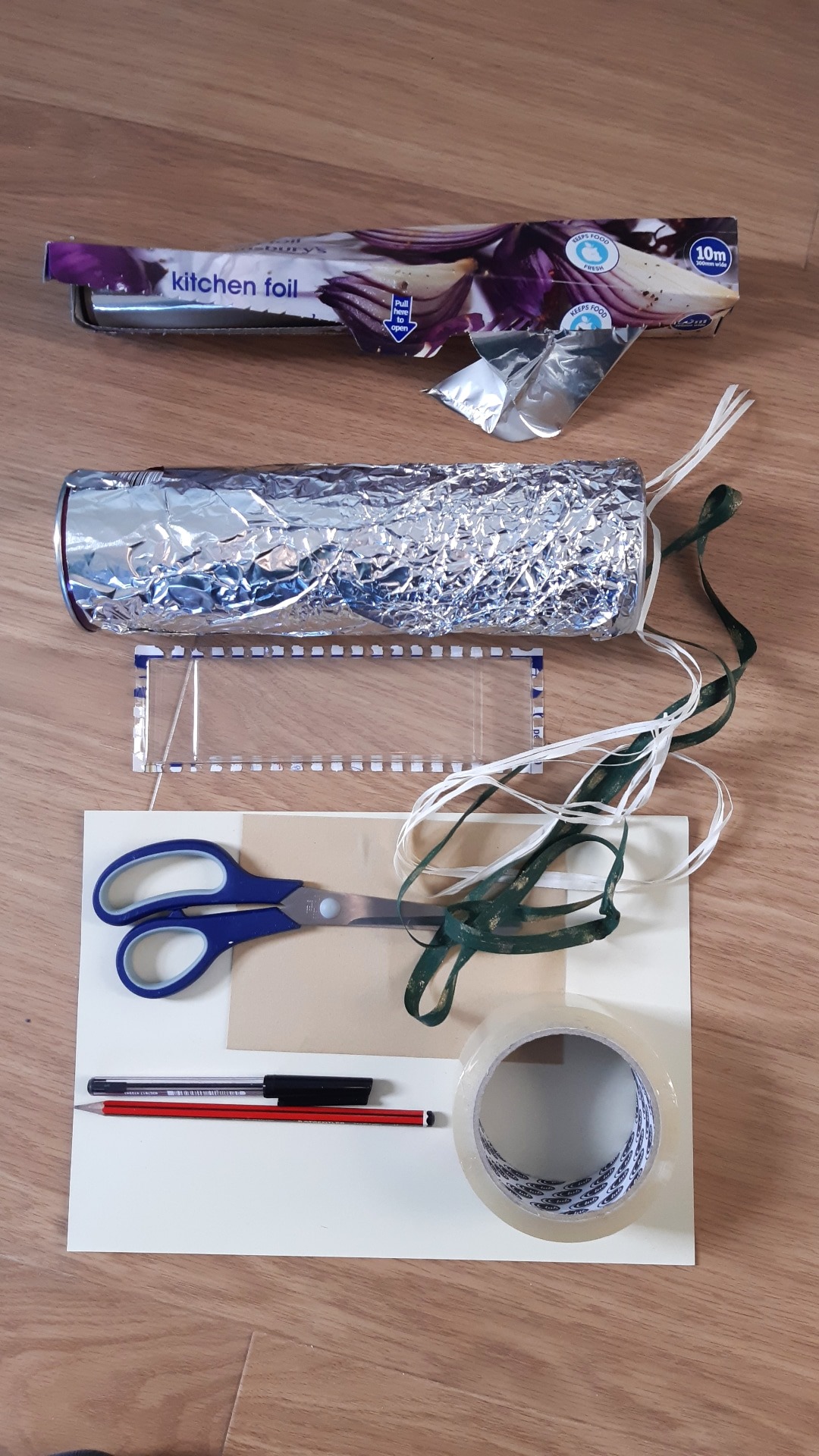 1) Assemble all your materials: card, scissors, tape, a pencil, and a cylindrical or oblong container. Tin foil if you have it, if not wrapping paper will do! Also any other ribbons or plastic you might want to add as decoration.

2) Cover your container with the foil or wrapping paper, and fix with the tape. This will form the main body of your rocket.

3) Draw around your tape to make a circle on a piece of card, making sure it’s a bigger circle than the end of your object. Draw a line down to the centre, and then cut this circle out, and make an incision where your line is. Fold to make a cone shape and fix this to the top of your container.

4) Draw a small astronaut on a piece of card and cut this out. Place a sheet of plastic over the top for a window, and then attach to the main body of your rocket.

5) Tear off some more tin foil or wrapping paper, roll into a tube and wrap into a circle. Fix this over your window. 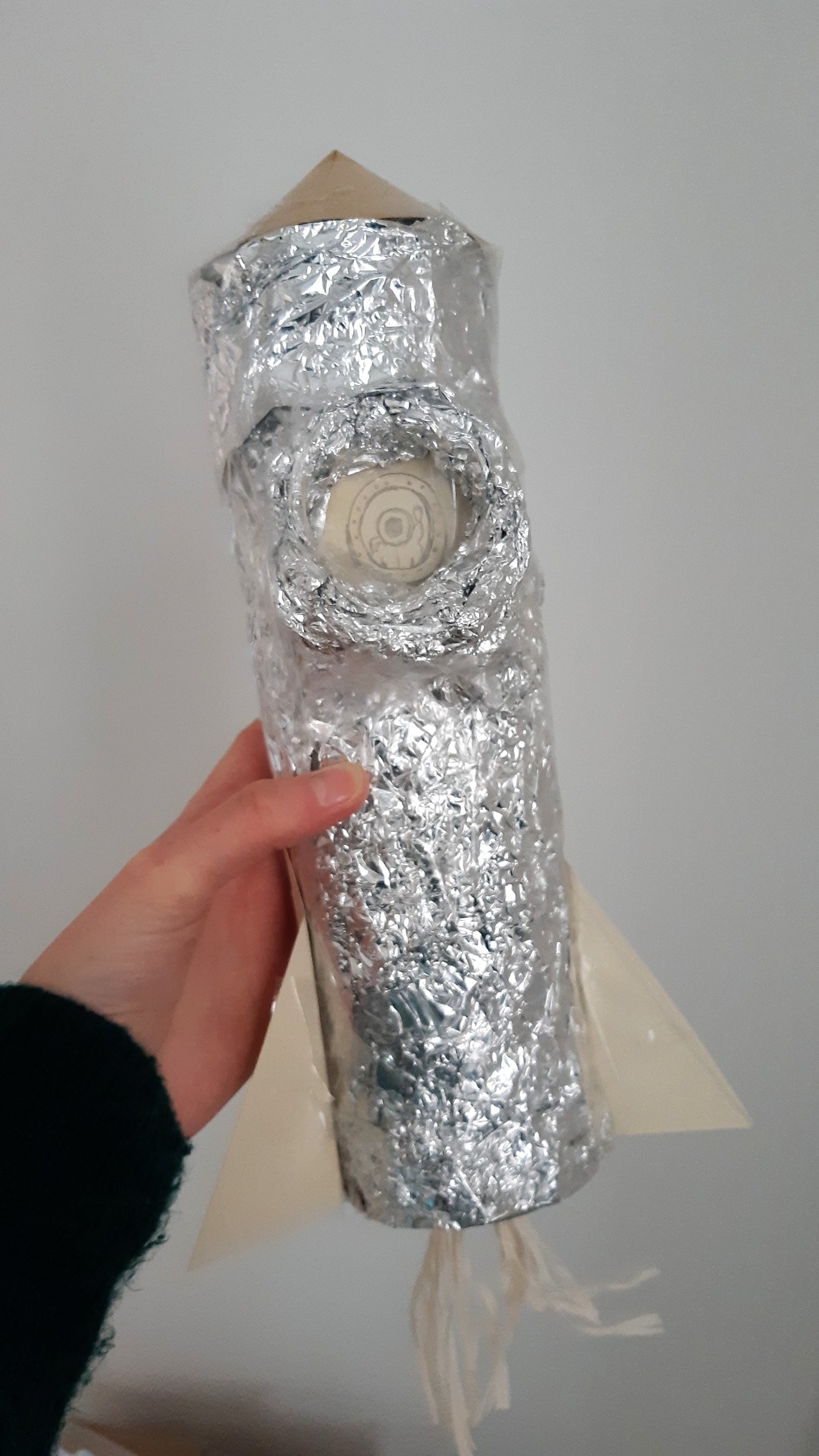 6) Cut two triangles out of card and fix these to either side at the bottom of your rocket.

7) Tie your ribbons into a knot and fix to the bottom of your rocket for flames.

Add any further decoration you might wish. You’re good to go!

Posted in An invitation to create, Workshops and Events by Erno on February 10th, 2021.