Weather reporting at the Devon and Exeter Institution

Rain, rain, go away, come again another day ... Are you wondering where summer is? From January 1817, one of the most important tasks of the Librarian at the Devon and Exeter Institution was taking twice-daily readings from the Institution's barometer and thermometer and recording them in a meteorological register.

From the outset, the Devon and Exeter Institution promoted the ‘general diffusion of Science, Literature and the Arts’.  Members debated the latest scientific ideas through lectures and practical demonstrations; as well as a microscope and air pump, the Institution had several meteorological instruments – a barometer to record atmospheric pressure and a thermometer to record temperature.   From the 18th century, individual scientists and scientific societies and institutions had begun to observe and systematically record local weather conditions; the Devon and Exeter Institution began keeping a daily meteorological journal in January 1817. 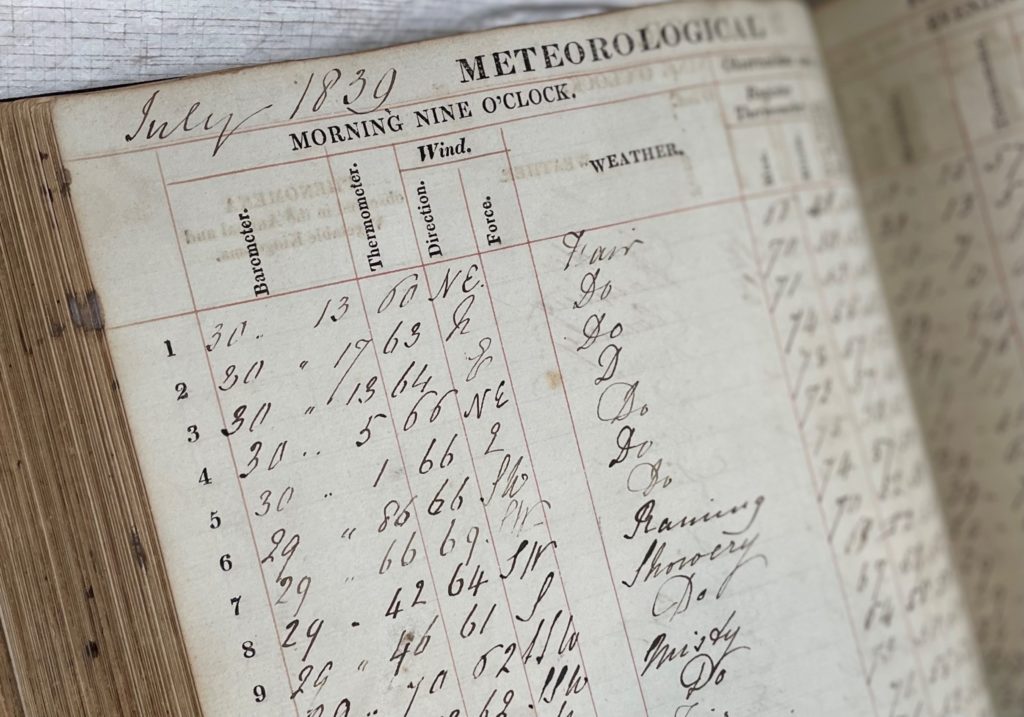 The first Librarian, John Squance, took readings twice daily, at 9.00am and 9.00pm, including barometer and thermometer readings, and wind direction, and described the general outlook, for example fair or cloudy.   By 6 May 1830 the Institution’s meteorological readings were published weekly in Trewman’s Flying Post,  ‘as denoted by the instruments at the Devon and Exeter Institution, exposed to a northern aspect, from 5 ½ to 6 feet from the ground’.

The Institution’s meteorological instruments were upgraded in the mid-19th century – Thomas Shapter (1809–1902), a local physician, donated a new barometer which can be seen today displayed between the Outer and Inner Libraries.   Shapter was the author of The climate of the south of Devon, and its influence upon health (1842):

The sources, whence the chapter on Climate is composed, are registers kept by Dr. Barham in the parish of St. Leonard, by Mr. White of St. Thomas, Mr. Ponsford surgeon to the Lunatic Asylum, and Mr. Squance librarian to the Exeter Institution ; the averages have chiefly been deduced from the latter; those of rain, however, are calculated from the register kept at the Asylum, which I believe, from local circumstances, to give a truer statement of the fall proper to the district. 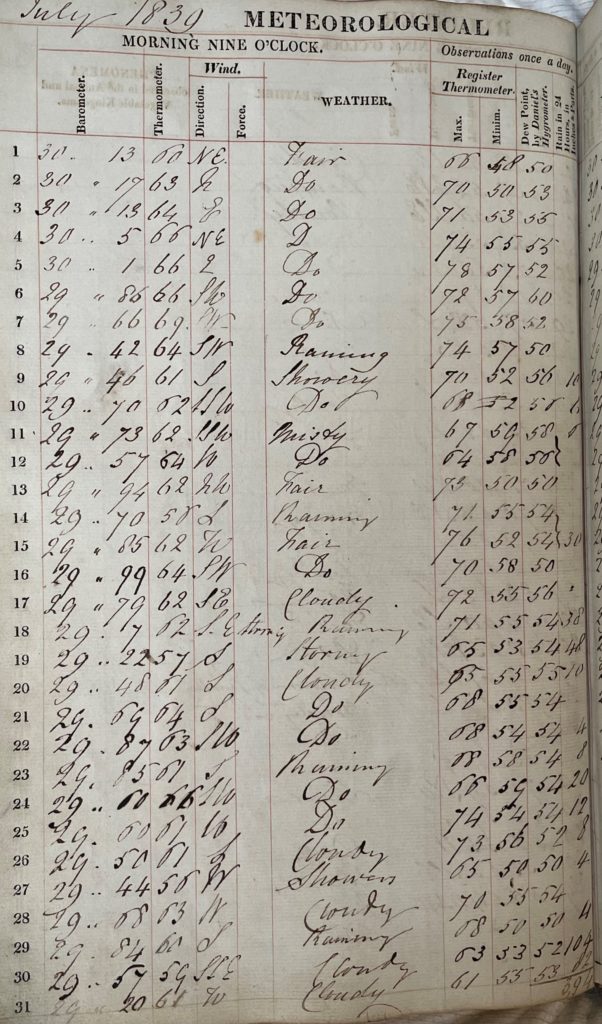 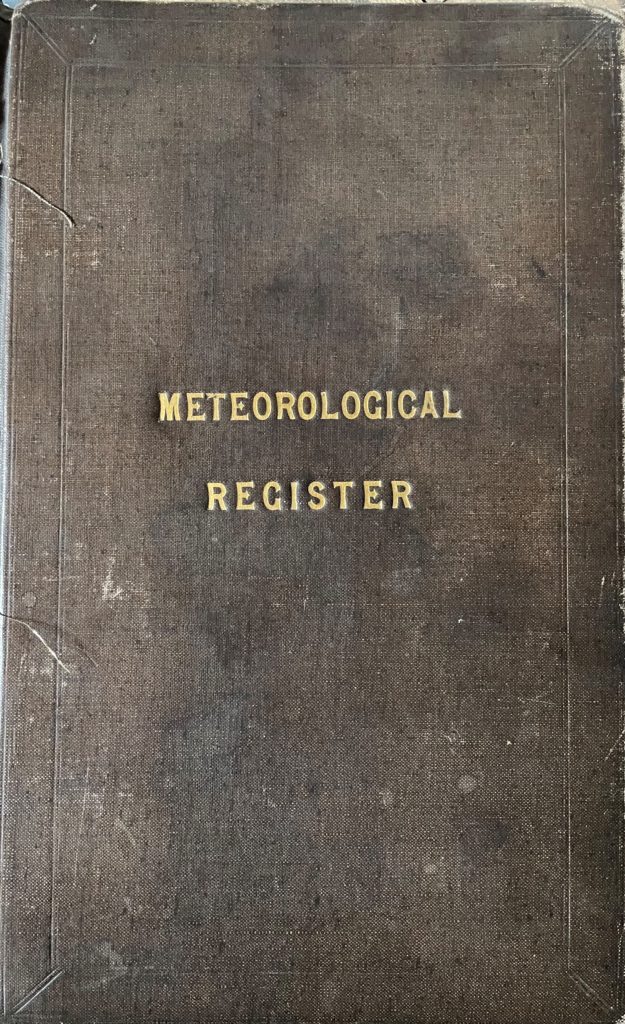