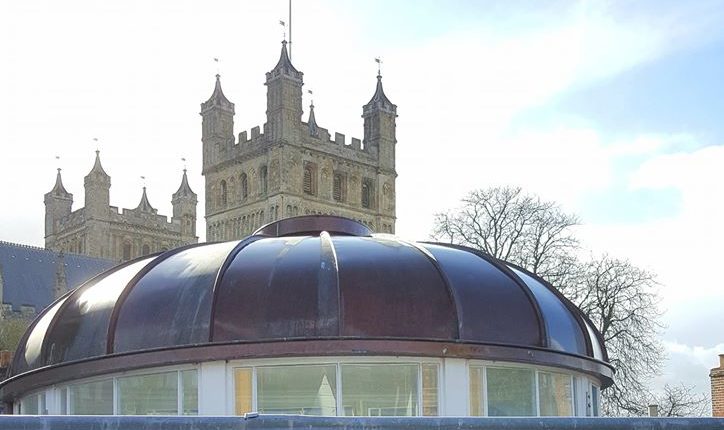 Image shows view from the attic window of the cottage.

Members and visitors are welcome to our ‘virtual tour’ of the cottage.  We hope to open up the cottage for Heritage Open Days in September but in the meantime, we invite you to take a virtual tour… 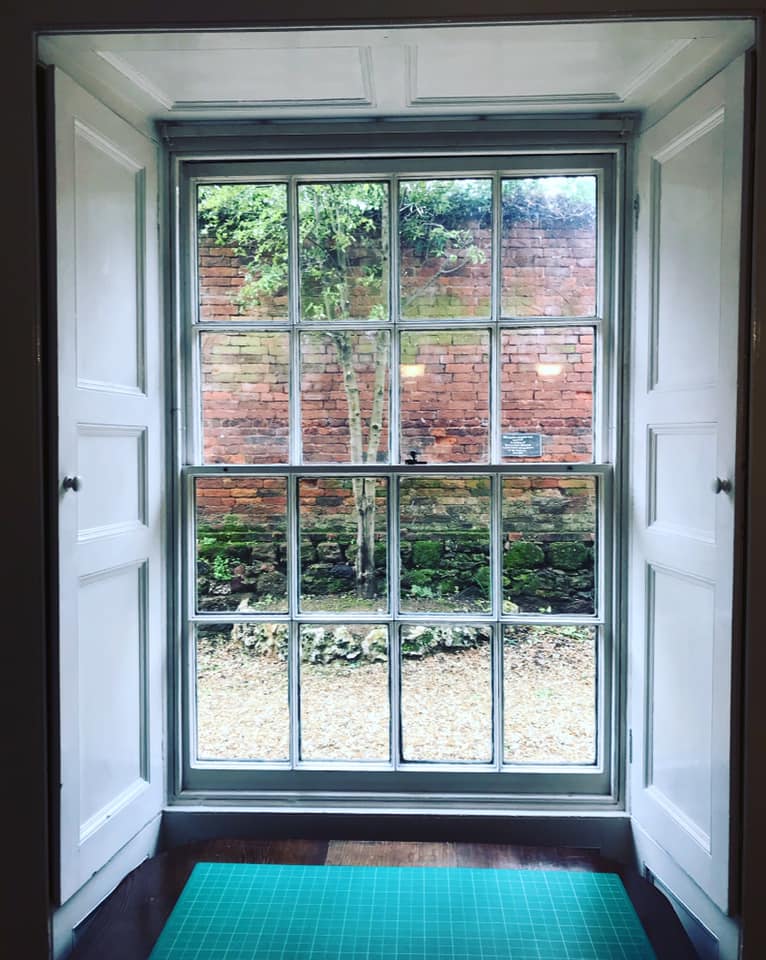 Fig 1 – Window from the Lancaster Room

As we approach the front door at the side of the Institution we can see volcanic rubble forming the exterior facade and this is visible up to the first floor.  The use of this stone is commensurate with other Canonical dwellings in the Close.   This is the oldest part of the cottage and dates from the 12th Century.  Apertures for early wooden scaffolding can still be seen in the wall.   Entering the front door, we find the Lancaster Room to the right and the Courtenay Room directly in front of us. 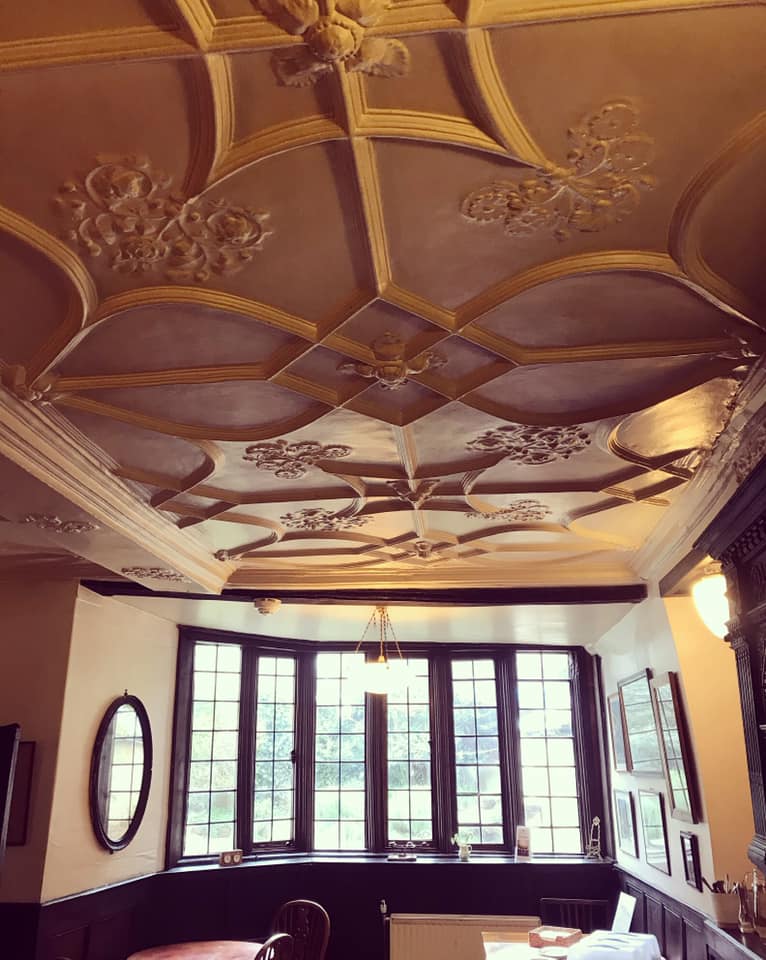 We need to climb some steep stairs to the first floor in order to enter the private cottage.

The first floor was added by the Courtenay family in the early 17th Century.  This housed a large double-height room,  possibly a grand chamber or hall with a gallery.   A very similar room can be found at Forde House which was the principal residence of the Courtenay Family at this time.   The plaster ceilings in the cottage and Courtenay room date from the middle of the 17th Century.  We hope to match the ceiling moulds with a named master plasterer. 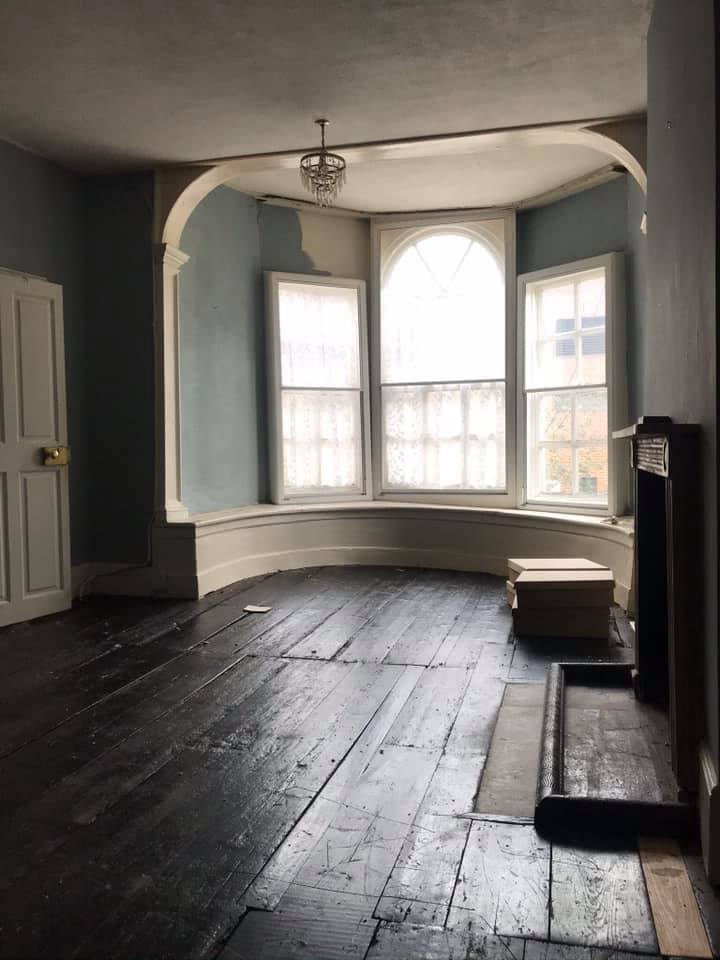 The final layer of significant development happened in preparation for the opening of the Devon and Exeter Institution in 1813.  The large open room was adapted to offer a ‘live in’ position for the Librarian and his family.   A front door and bay windows were added to the side and rear of the cottage.  The large room was subdivided into four rooms, two at first floor level and two attic rooms.   At first floor level there is a living room and a parlour in which one can easily imagine former residents gathered around the fireplace or reading in the bay window. 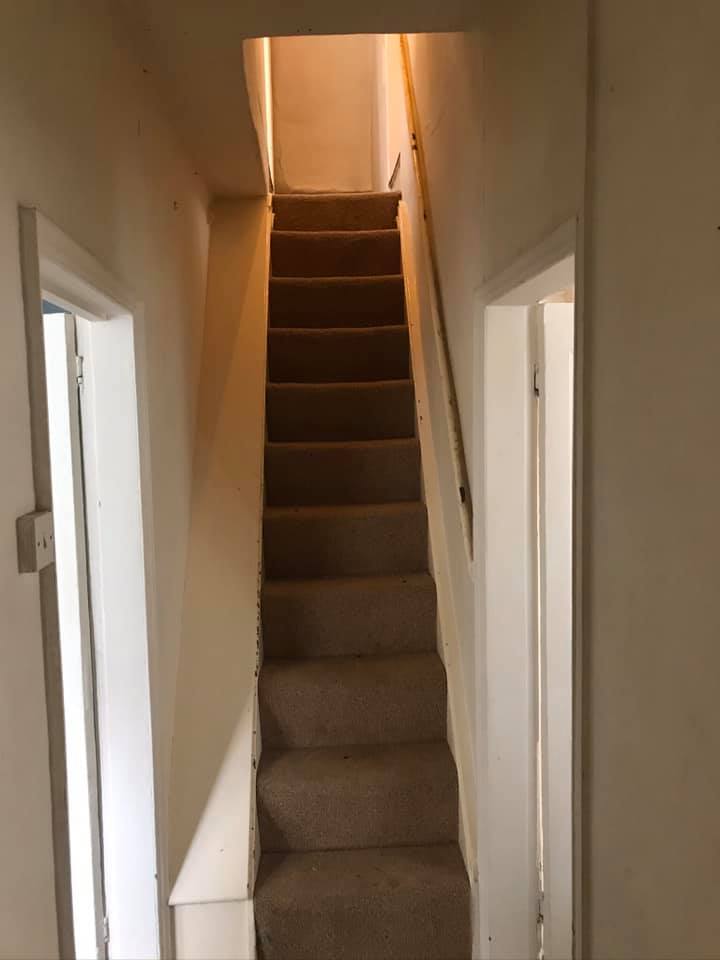 A very steep and narrow staircase was added to give access to the attic rooms which still have their decorative plaster ceilings.  One of the moulds features a pomegranate, often used as a decorative symbol of fertility.  The attic wall encases the ‘pendant’ – a rare feature at the apex of the 17th Century plaster ceiling – which is still visible. 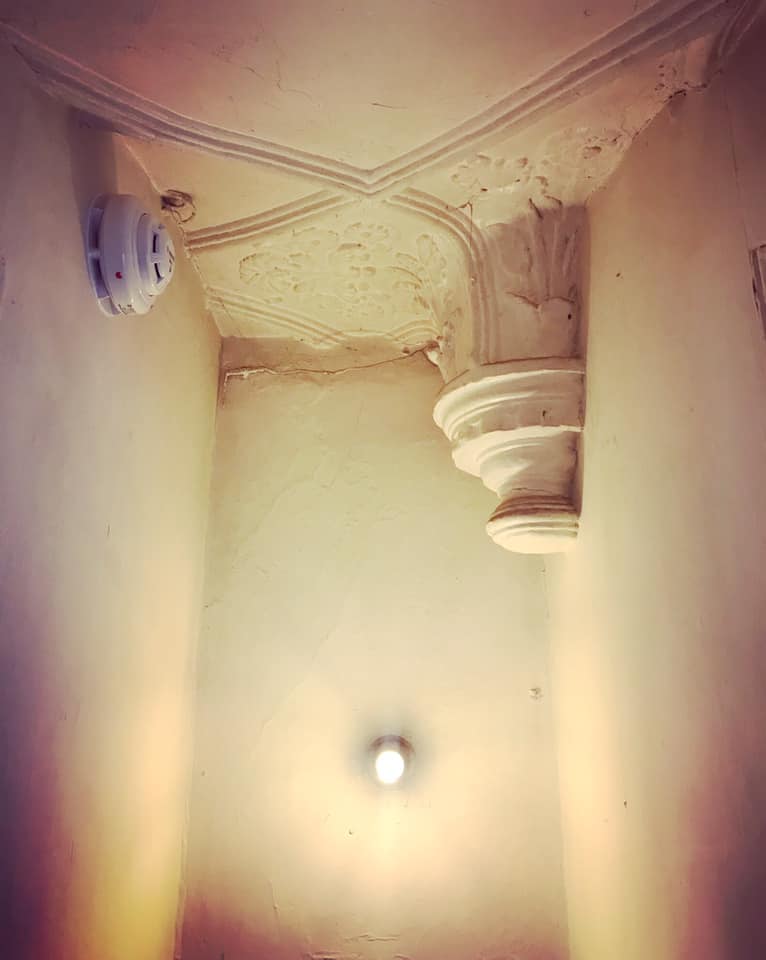 In terms of social history, we know that John Squance the first librarian of the Institution lived here with his wife Rachel and infant daughter Eliza in 1813.   Eliza took over as the Librarian of the institution in 1849 and there is speculation that she was one of the first female librarians in the country. There were two other people living with Eliza in the cottage in the mid-19th Century; a young women aged 23 and a 7 year old boy, possibly occupying the attic rooms of the premises. 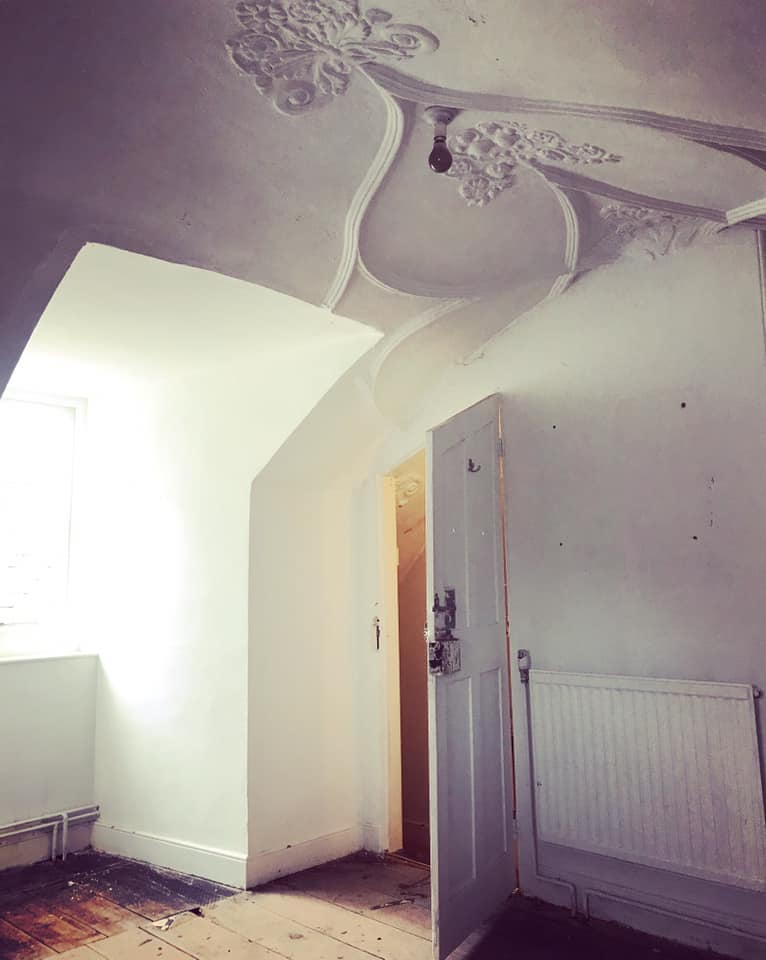 Sarah Partridge is listed as a ‘Domestic Servant’ in the 1851 census, though she had moved on by 1861.  Phillip Salter was Eliza’s nephew.  He lived with her in 1851, but lived back with his parents again in 1861.   We do not know why Phillip Salter was living with Eliza, his aunt, rather than his mother and father in 1851.

There have been additions of plumbing through the 20th Century – a lavatory which has been externally attached at first floor level and a bath and sink which have been added in one of the attic rooms. 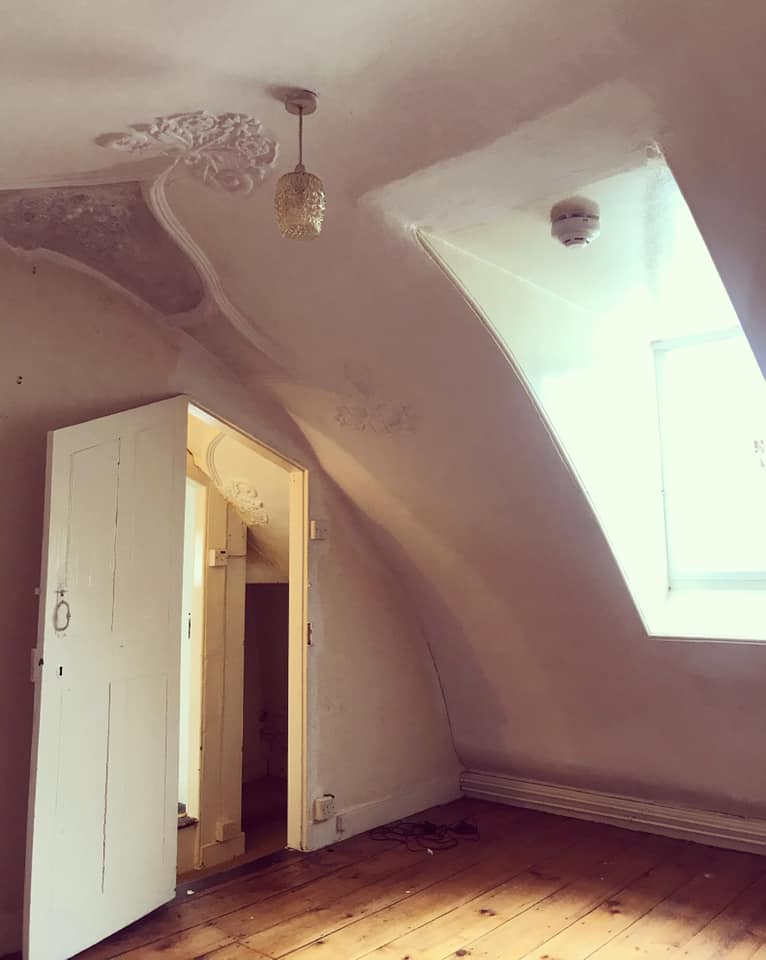 There are beautiful views of the North Tower of Exeter Cathedral and the Institution’s copper room from both attic rooms.