Sonnets to Eliza was published in London by John Murray in 1790. The anonymous work, written ‘by her friend’, is extremely rare. The English Short-Title Catalogue lists only one copy (T207964), held at the National Library of Wales. No contemporary sources offer a clue to its author – but an inscription on the copy at the Devon and Exeter Institution suggests it was written here in Devon.

Sonnets are ‘little songs’. The form probably originated in Sicily in the 13th century. It was popularised by the Italian poet, Petrarch, in the 14th century and introduced to England in the 16th century where it became associated with William Shakespeare, Sir Philip Sidney, Edmund Spenser, John Donne, John Milton and, later, the Romantics.

Typically, sonnets consist of 14 lines with a strict structure and rhyme scheme. English sonnets are often written in iambic pentameter, or a line of five ‘feet’, each foot, or iamb, consisting of two syllables, the first unstressed, the second stressed – as in the word ‘today’, for example.

Italian sonnet
The Italian, or Petrarchan sonnet, consists of an octave and a sestet, the octave posing a thought or problem and the sestet offering an answer or resolution. The rhyme scheme is usually ABBA, ABBA for the octave, followed by CDE, CDE or CDC, CDC (or, less common, CDE, DCE) for the sestet. John Milton used the Petrarchan sonnet form for his famous sonnet, ‘On His Blindness’:

When I consider how my light is spent (A)
Ere half my days, in this dark world and wide, (B)
And that one talent which is death to hide, (B)
Lodged with me useless, though my soul more bent (A)
To serve therewith my Maker, and present (A)
My true account, lest he returning chide; (B)
“Doth God exact day-labour, light denied?” (B)
I fondly ask; but Patience to prevent (A)
That murmur, soon replies, “God doth not need (C)
Either man’s work or his own gifts; who best (D)
Bear his mild yoke, they serve him best. His state (E)
Is Kingly. Thousands at his bidding speed (C)
And post o’er land and ocean without rest; (D)
They also serve who only stand and wait. (E)

Shall I compare thee to a summer’s day? (A)
Thou art more lovely and more temperate: (B)
Rough winds do shake the darling buds of May, (A)
And summer’s lease hath all too short a date; (B)
Sometime too hot the eye of heaven shines, (C)
And often is his gold complexion dimm’d; (D)
And every fair from fair sometime declines, (C)
By chance or nature’s changing course untrimm’d; (D)
But thy eternal summer shall not fade, (E)
Nor lose possession of that fair thou ow’st; (F)
Nor shall death brag thou wander’st in his shade, (E)
When in eternal lines to time thou grow’st: (F)
So long as men can breathe or eyes can see, (G)
So long lives this, and this gives life to thee. (G)

One day I wrote her name upon the strand, (A)
But came the waves and washed it away: (B)
Again I write it with a second hand, (A)
But came the tide, and made my pains his prey. (B)
Vain man, said she, that doest in vain assay, (B)
A mortal thing so to immortalize, (C)
For I myself shall like to this decay, (B)
And eek my name be wiped out likewise. (C)
Not so, (quod I) let baser things devise (C)
To die in dust, but you shall live by fame: (D)
My verse, your virtues rare shall eternize, (C)
And in the heavens write your glorious name. (D)
Where whenas death shall all the world subdue, (E)
Our love shall live, and later life renew. (E) 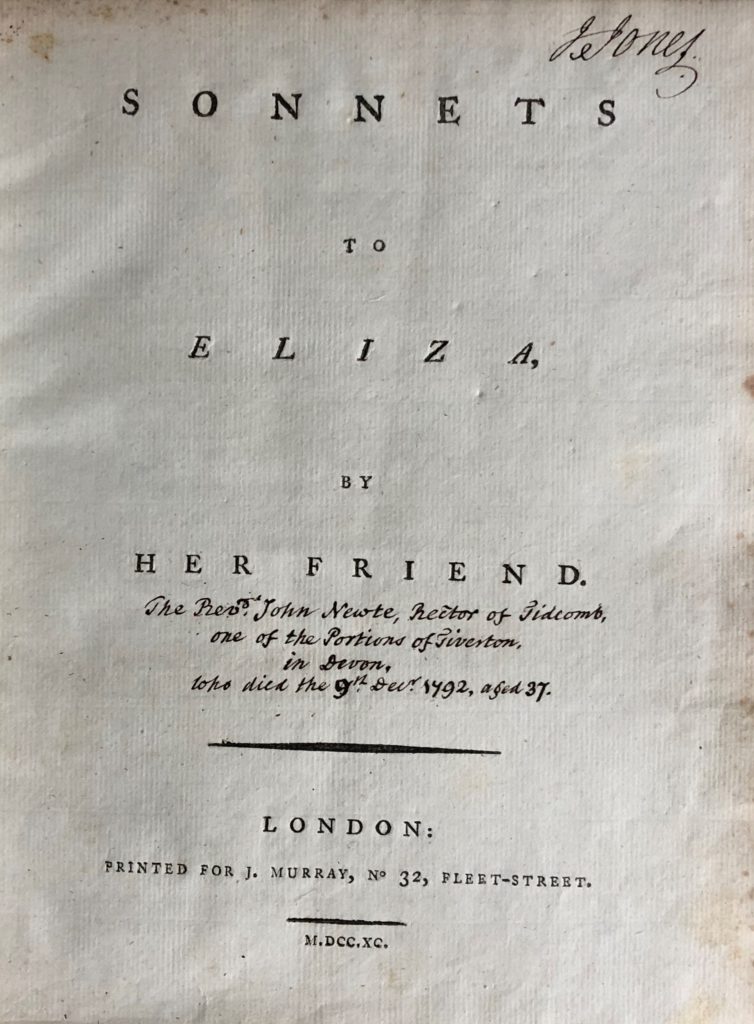 Sonnets to Eliza
Eventually, ‘sonnet’ was used more generally to characterise a short sentimental poem, as in this collection of Sonnets to Eliza. The 1790 edition of The English Review, or, An abstract of English and Foreign Literature offers a rare contemporary review of the book in which it concludes that the challenges of the sonnet form are ‘not worth the pains it requires’:

Instead therefore of adhering to the genuine measure and intricate rhymes of the original sonnet, that name has been given by many to any poem on a tender or sentimental subject, without attending to the measure in which it is written. It is in this view that we are to consider the sonnets now before us …

These sonnets to Eliza consist generally of four, five or six quatrains, written in iambic pentameter, of which the second and fourth lines rhyme, and the first and third do not (ABCB). Consider this sonnet, ‘On the discoveries of Newton’:

Unknown how colour forms the lucid tint (A)
That spreads Creation with its sevenfold dye, (B)
Unknown the nature of the sudden shower (C)
That hands the rainbow in the dropping sky. (B)

The English Review is critical but describes the sonnets as ‘effusions of a sensible and elegant mind’:

‘The author appears to have endeavoured at compressing his thoughts as much as possible; from this cause he has not always avoided obscurity. His subjects are various and interesting; and there reigns through the whole that plaintive tone of sensibility which is ever pleasing to the virtuous mind’.

The Monthly Review is more dismissive:

‘”I know thy soul was form’d in classic mould” says the sonneteer to his mistress; and, perhaps, this may be true of Eliza, but we fear it is not applicable to her friends’.

Similarly, The Analytical Review considers the prosaic nature of the sonnets to be a flaw:

These prosaic addresses to a lady are from a friend, we are told, but without this information we should never have suspected that they were written by a lover, as neither passion nor fancy animates the trite sentiments which they contain. 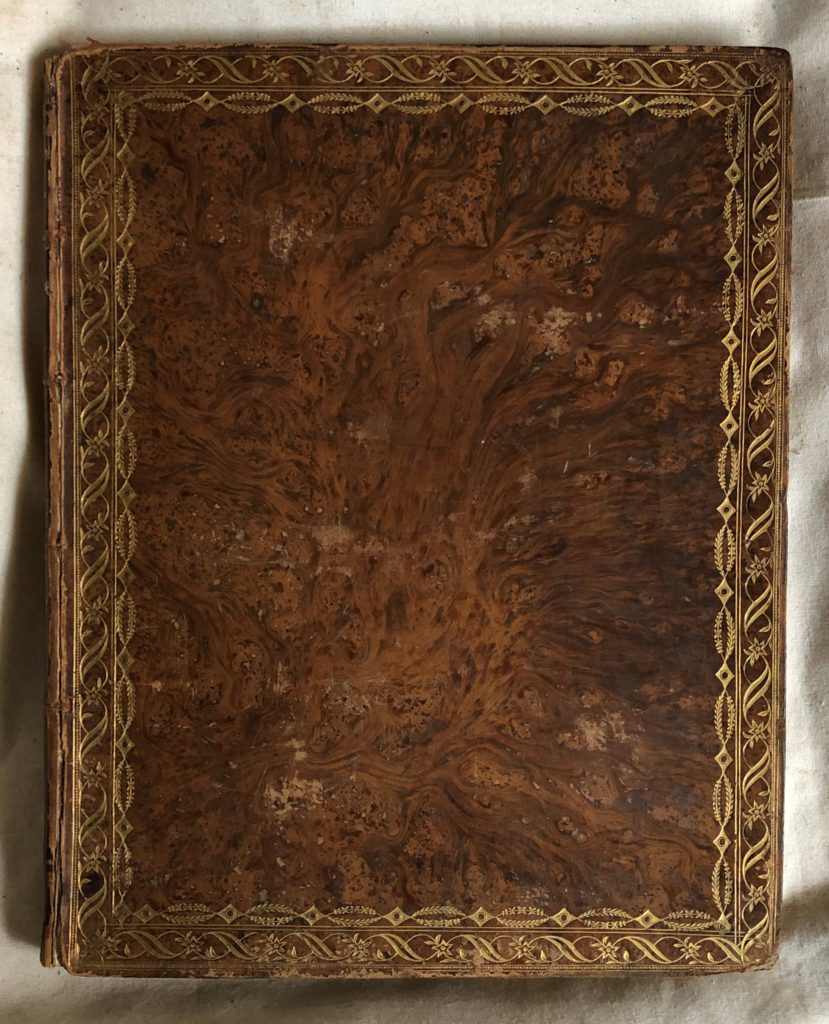 The copy in the Devon and Exeter Institution is beautifully bound in tree-stained calf with gold tooling and rich marbled endpapers. It is signed ‘J. [or possibly T.] Jones but it appears that another hand has added the annotation on the title page:

The Rev.d John Newte, Rector of Tidcomb, one of the portions of Tiverton, in Devon, who died the 9th Decr 1792, aged 37. 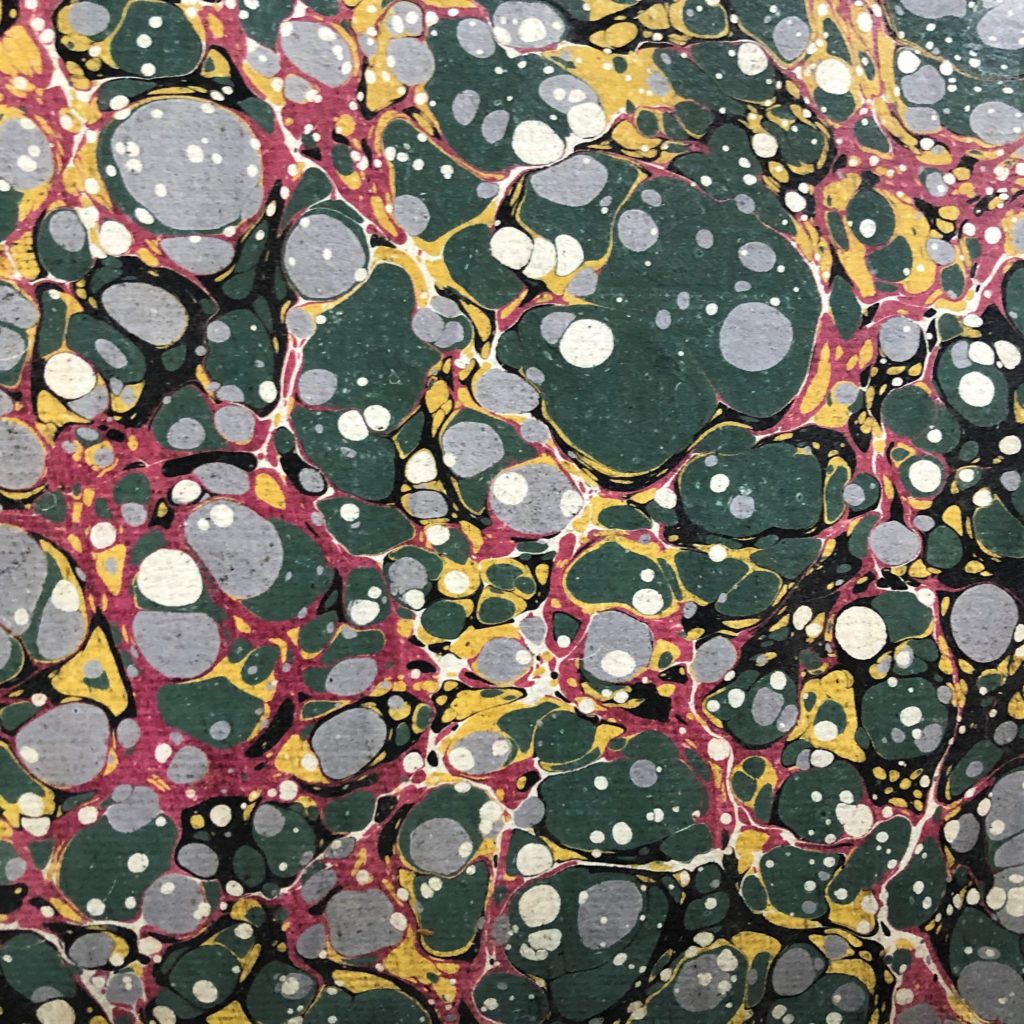 Newte is a common name in Tiverton’s historic records – there is even a hill called ‘Newte’s Hill’. Henry Newte the elder was the first Town Clerk. His son, another Henry, born in 1609, followed in his father’s footsteps while another son, Richard, born in 1613 and educated at Blundell’s School and Exeter College, Oxford, became Rector of the Tidcombe portion of Tiverton in 1641. Richard’s son, John, born at Ottery St Mary in 1656 and educated at Blundell’s School and Balliol College, Oxford, became Rector of Tidcombe after his father. This John Newte, who died in 1716, enjoyed the stipends and associated incomes of both the Pitt and Tidcombe portions. He raised money to install an organ in St Peter’s Church, Tiverton, and left the parish his collection of about 250 books for use by the clergy. He married Edith and had only one child, a girl called Mary, who died young.

Our John Newte was a subsequent Rector of the Tidcombe portion. Scant records confirm he was baptised in Tiverton on 11 October 1755, educated at Corpus Christi College, Oxford, ordained as a deacon in a ceremony at the Bishop’s Palace in Exeter on 10 June 1781 and as a priest on 23rd September 1781. He died at the age of just 37 and is buried in the churchyard of St Peter’s Church in Tiverton. A plaque commemorating his life unfortunately does not confirm him to be a published author but does allude to the possibility, at least:

As to the identity of Eliza … John Newte married Elizabeth Cross on 2 November 1782 in Tiverton. Perhaps she is the ‘Eliza’ to whom he addresses his sonnets?  (Though it is unlikely he would refer to himself as ‘her friend’.)  Did he have a daughter called Eliza? (Though none appears in any searches). Or, perhaps, John Newte was a close relation of another Westcountry Newte, Thomas, whose daughter, Eliza, was born around the time that Sonnets to Eliza was published.