Home What’s on Nicholson’s Journal of natural philosophy, chemistry, and the arts (1797-1802)

Nicholson’s Journal of natural philosophy, chemistry, and the arts (1797-1802)

William Nicholson (1753-1815) was an Enlightenment polymath – a chemist, scientist, civil engineer, translator, publisher and journalist. In his early career he even wrote literary skits for periodicals. When he turned his attention to science, he patented several inventions, including a machine for printing cloth. With his friend, Anthony Carlisle (1768-1840), he discovered electrolysis – the separation of water into hydrogen and oxygen using a voltaic current. 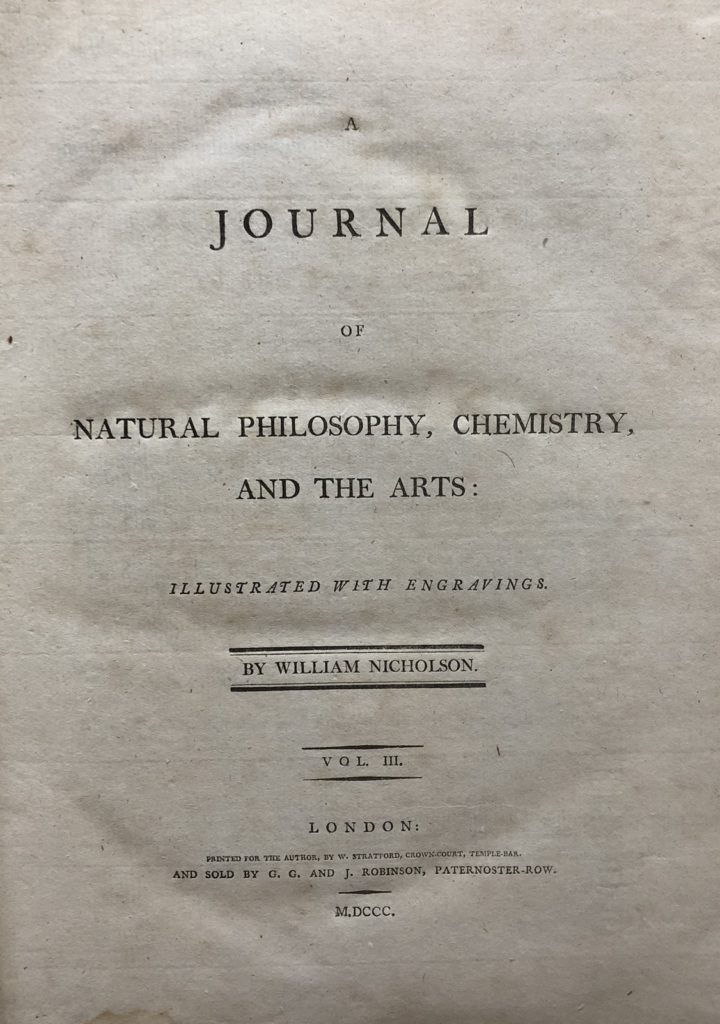 In 1799 Nicholson tried his hand at teaching natural philosophy and chemistry and established a small school for about twenty pupils in Soho Square, London. By then, however, he had already embarked on a new endeavour to publish the country’s first monthly scientific journal.

His Journal of natural philosophy, chemistry and the arts, also known as Nicholson’s journal, began in 1797.  Natural philosophy embraced all aspects of science. An advertisement for the first issue in April itemised the journal’s broad repertoire: natural history, mechanics, the doctrine of heat, optics, chemistry, mensuration, universal geography, astronomy and abstract physics. Each issue was to be printed ‘in quarto, with a new letter, upon good paper’ and when bound together would ‘consequently make one handsome volume of near six hundred pages.’ 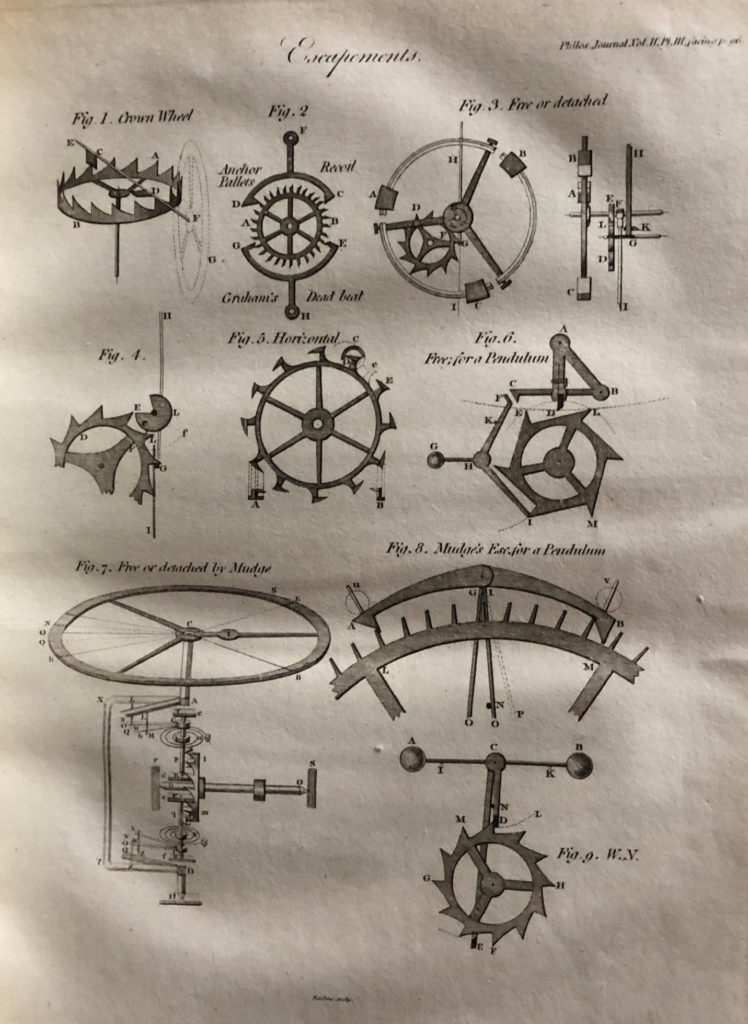 Nicholson’s Journal differed from the more formal Philosophical transactions of the Royal Society in that it was able to respond rapidly to scientific advances. It became the periodical of choice for many scientists and inventors:

‘Among the advantages I will here mention only two; … the very neat and correct typographical execution … the other, namely the side notes … These circumstances, added to the unvaried fidelity of conduct in quotation and regard to the rights of others; from which the Editor never has nor will depart, have naturally led men of eminence to chuse this Journal as the repository for their communications’.

The Devon and Exeter Institution holds the first five volumes of Nicholson’s pioneering journal, dating from 1797 to 1802 – three volumes now need your help! 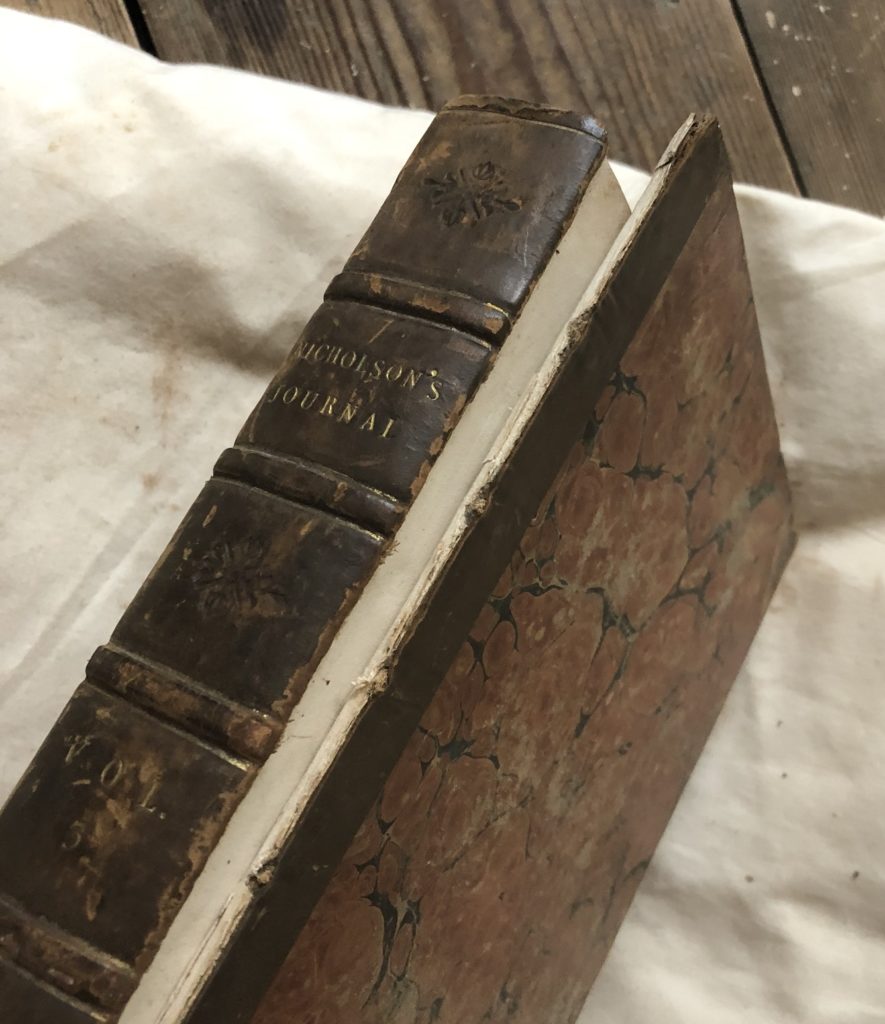