April 22nd 2022 is Earth Day, an annual event which encourages us, collectively and individually, to focus on our relationship with the environment. Since the 1800s, the era in which the Devon & Exeter Institution was established “to promote the general diffusion of Science, Literature and the Arts,” human activities have become the biggest driving force of Climate Change. During the Industrial Revolution (1760-1840), people began to burn fossil fuels to produce heat and fuel for homes, cars, and factories on an unprecedented scale. Over time, as our use of coal, oil, and natural gas has continued to rise, greenhouse gases such as carbon dioxide, methane, and nitrous oxide have also been released into the atmosphere, trapping the sun’s heat and leading to Global Warming. Melting ice caps, changes in precipitation, insect outbreaks, droughts and hurricanes have increased since this rising shift in energy consumption. As a place of learning and education, the DEI acknowledges its own place within this industrial history, and its current responsibility to engage in the debates about how to work towards a greener future. One way in which we can contribute is to consider new and productive interpretations of our collections. 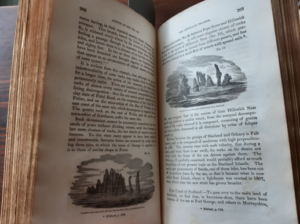 As a discipline, Geology emerged as a Science in the early 19th century. The first government-funded National Geological Survey of England and Wales was conducted in 1835, identifying different divisions of stratigraphic column, and establishing a geological “colour-code” system. The same year, specimens were collected and exhibited at the Geological Museum, London (incorporated into the Natural History Museum in 1935). In the midst of this cultural climate, a younger lawyer turned geological-enthusiast, Charles Lyell, (1797-1875), sought to prove that geological formations were created by natural rather than supernatural processes. Originally intended as a two-volume work, Lyell’s Principles of Geology ended up comprising three volumes, published between 1830-33. Lyell’s results were extensive, and, it seems, somewhat overwhelming. A revealing note in the final volume acknowledges “the author has found it impossible to compress into two volumes, according to his original plan, the wide range of subjects, which must be discussed.” Based on his findings, Lyell forwarded his advocacy of  the Scottish geologist James Hutton’s concept of “uniformitarianism” as opposed to “Catastrophism.” In arguing that the earth changes in uniform ways, and has always done so, rather than according with the belief that the Earth was created by sudden and abrupt changes, uniformitarianism controversially challenged the Biblical flood narrative. By demonstrating the slowness of geological change, Lyell also suggested that the earth must indeed be very ancient (much older than the previously-accepted age of 6,000 years). To guard against accusations of blasphemy, Lyell ensured his Principles were fact-filled, and complimented by illustrations and diagrams intended to convince his potentially sceptical readers. Though facing opposition from some quarters,  Lyell’s theory of “Deep Time” had a significant influence on Charles Darwin, and his theory of Evolution. Today, we know that fossil fuels are formed from dead organisms, buried beneath the earth’s surface. Over time, pressure, temperature, and sediment decompose this organic matter into petroleum, coal, and natural gas. The slowness of this process means we must consider such materials “non-renewable resources.” From close observation in the 1830s, Lyell found evidence of erosion and rising sea-levels, which continue to be measured today. Such records encourage us to consider our relationship with the natural environment, both documenting and holding us accountable for change. 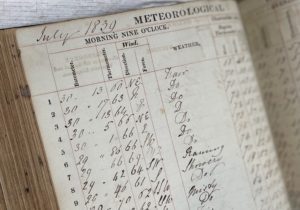 The DEI itself, as well as being a library of some significance, also once served as Exeter’s weather station, and kept a daily meteorological journal from 1817. By 1830, the readings were published in Trewman’s Flying Post, demonstrating a contemporary interest in weather and weather reporting. By 1837, the invention of the telegraph enabled quick exchanges of meterological readings, allowing for weather predictions for the first time. The DEI continued to serve as a weather station throughout this time, only ceasing in this function in 1975. Today, researchers can still access our meterological readings, preserved in ten volumes, and compare the weather in the 1800s to the increasingly extreme weather conditions of today. 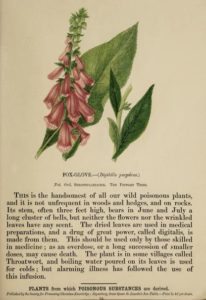 Our early science collections not only provide records of Geology and Meterology, but we also have an extensive range of Natural History volumes. One particularly-interesting example comes from Anne Pratt, a botanical enthusiast and illustrator, whose examination of Poisonous, Noxious, and Suspected Plants of our Fields and Woods was published by the Committee of General Literature and Education, appointed by the Society for Promoting Christian Knowledge, in 1857. Pratt’s detailed consideration of plants that might be harmful as well as healing for a human consumer (she presents, for example, the foxglove, which can both injure and treat the human heart), invites a more nuanced interpretation of the natural world. There is an acknowledgment, in this volume, that such specimens exist in a wider ecosystem, which extends beyond human concerns. Additionally, such focussed examinations encourage us to consider our own connection to the world around us in the present day. As part of our ongoing interpretation of our collections and foundational aims, the DEI runs a series of both adult and children’s workshops that allow space for us to “reconnect” and engage in green healing. Botanical drawing classes, terrarium making, and our green-shoots programme run throughout the year. As we work towards a renewed appreciation of the world, perhaps we might work harder to save it. 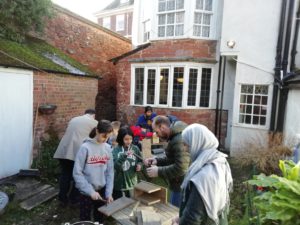