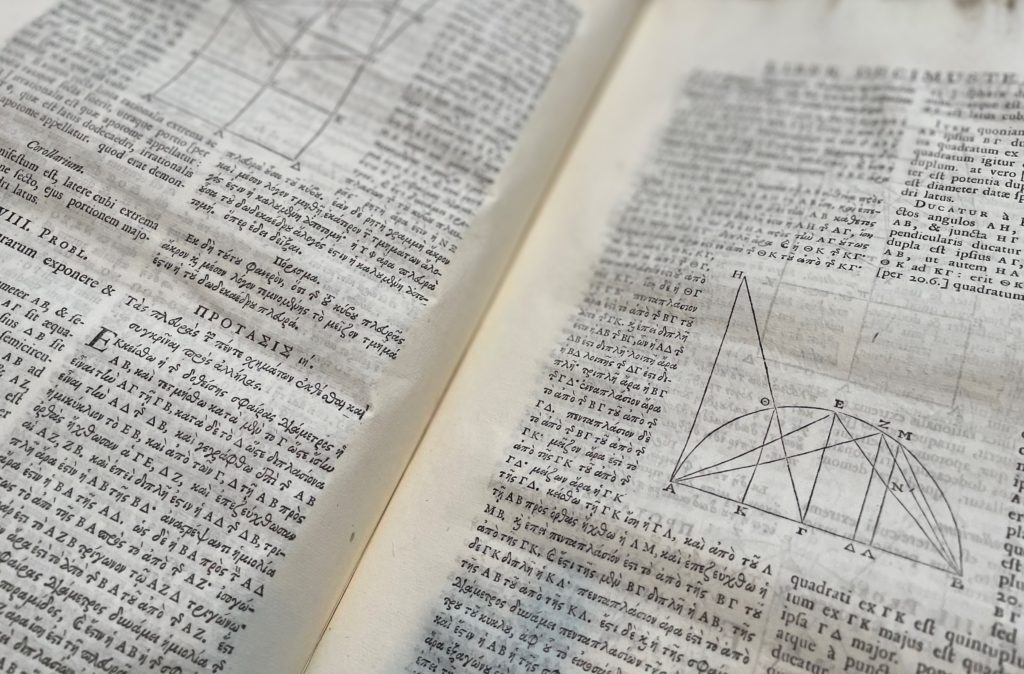 David Gregory (1659-1708) was a Scottish mathematician, best known for his Astronomiae Physicae et Geometricae Elementa (1702) – the first published work to apply the language of Newtonian gravitation to astronomy.  In 1683, Gregory was appointed Professor of Mathematics at Edinburgh University.  Following his move to England, he was elected a Fellow of the Royal Society in 1691 and took up the Savilian Professorship of Geometry at Oxford University the same year.  Gregory was an acquaintance of Isaac Newton and in 1694 the two mathematicians met to discuss revisions for a second edition of Newton’s Principia. 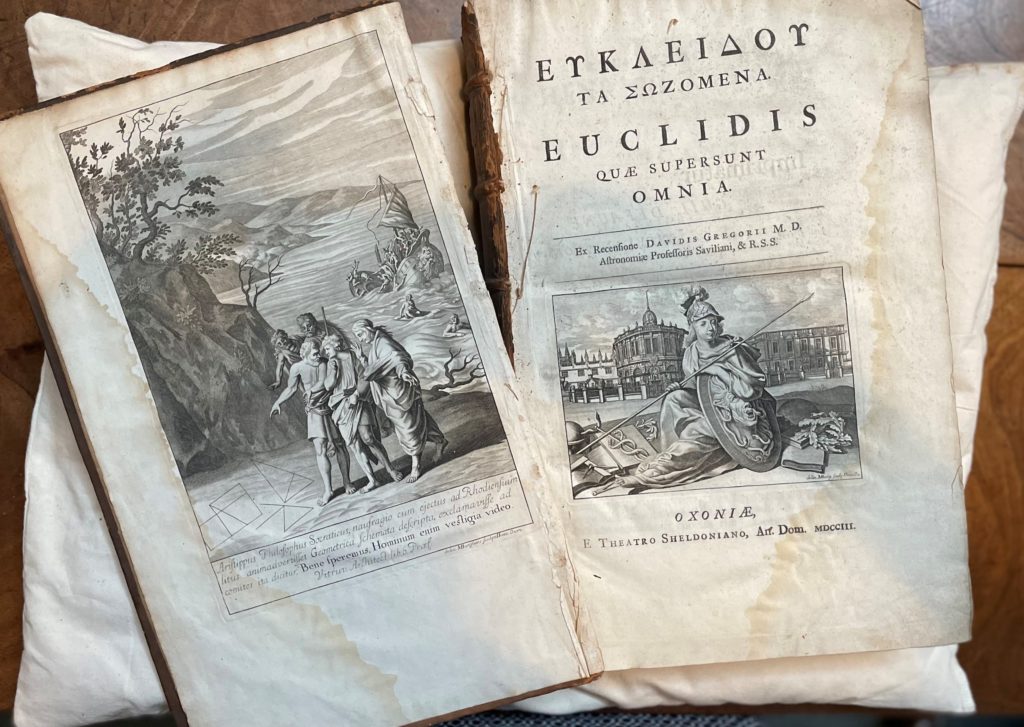 This, however, is Gregory’s commentary on Euclid’s Elements, one of only 250 copies published by Oxford University Press in 1703, and the first complete edition of Euclid in Greek.  The stunning frontispiece, engraved by Michael Burghers, depicts a group of men shipwrecked on an island pointing to triangles and other geometrical markings in the sand – a sign that civilisation exists on the island and all will be well. The frontispiece was later used for other mathematical and scientific works.

Euclid’s Elements remains one of the most influential works in the history of mathematics and was the principal textbook on the subject until the late 19th century.  It would have been an important addition to the early library at the Institution and, once restored, can be used in our educational programmes to inspire the next generation of mathematicians. 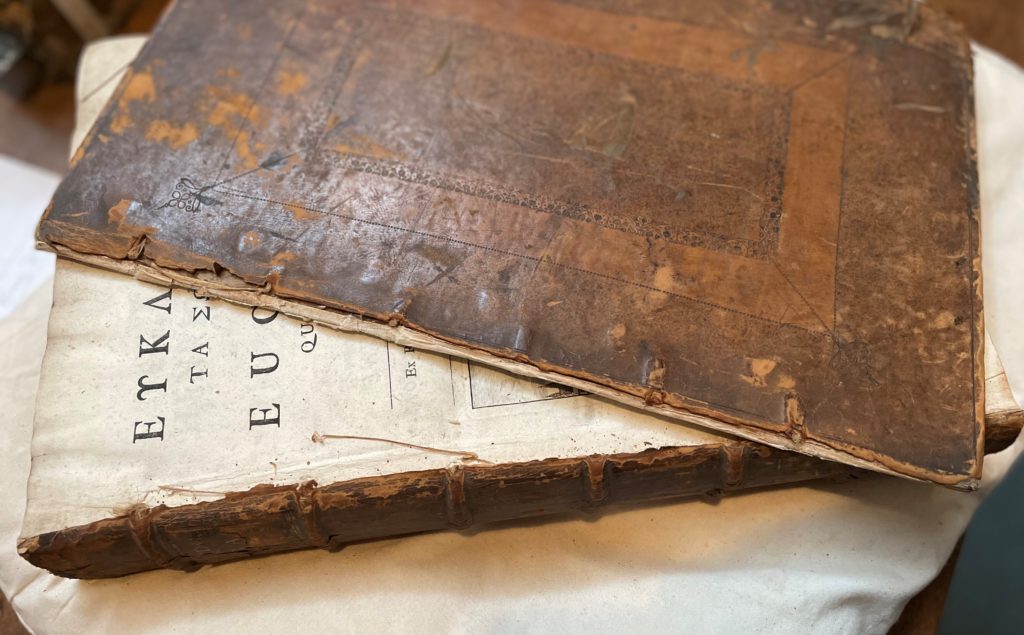 Posted in Library Collections by Sonia Llewellyn on October 10th, 2021.

Don't forget to pick up your free Colour-in crown in time for next week's Jubilee celebrations! A bank-holiday acti… https://t.co/XaYANFvVaO
24 May 2022

Thanks @ed_hawkins- it is wonderful to see the ways in which our historic collections can still inform and inspire… https://t.co/DFuAM787fj
24 May 2022

A new display in the Outer Library! 'Building on our past' explores the architectural history of Exeter's Cathedral… https://t.co/JXQbmj1lxr
23 May 2022

It's been great to welcome our partners @ExeterCityofLit into the DEI on Tuesdays. We don't mean to inspire workpla… https://t.co/8Zrk88MDNo
18 May 2022

Our Cathedral Close book display has opened this week, and it has sparked an interesting debate about a pen and wa… https://t.co/hDNqOoPGcm
17 May 2022