Home What’s on An Invitation to Create #11 – Garden Cuttings

An Invitation to Create #11 – Garden Cuttings

With spring near and with some blue skies at last, here at the DEI we have been taking stock of the planting in the garden. Today’s invitation is to take cuttings and expand your garden!

Any swaps or spares going we would love please as we want to expand our collection. Just comment below or get in touch with us by dm. 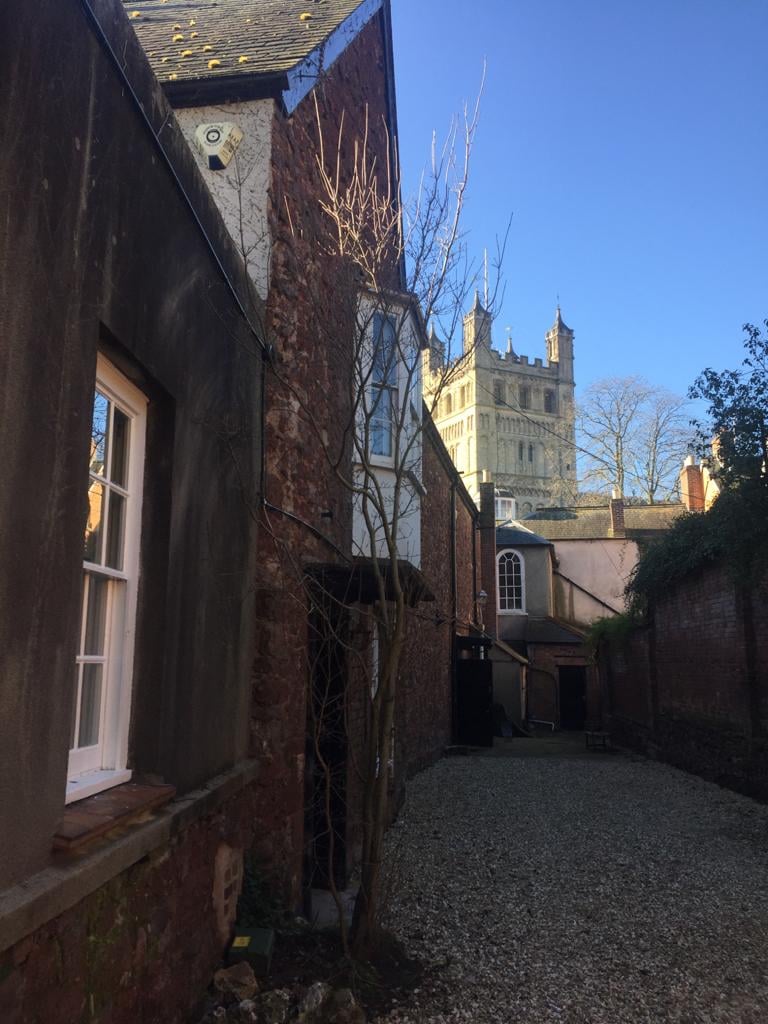 Some of which are from the stunning Handkerchief tree growing here. In May, maybe just in time for when our external tours restart, it should flower, and the whole tree will be covered in beautiful white bracts, like leaves disguised as flowers, with the purple pom pom in the centre.

Originating in China its name translates to the Dove Tree, and it’s easy to see the showy bracts as doves lined up a row, the breeze lifting their fluttering wings.

The story of the Dove Tree begins in ancient China, with Wang Zhaojun, known as one of the four beauties of China. who lived at the Emperors palace as lady in waiting from 36 BC.

Here Wang, who had never seen the Emperor, had to sit for her portrait. It was custom, and as all ladies did, to pay the artist a little something towards a favourable portrait. So confident in her own beauty and temperament Wang refused to do so, earning herself a large unsightly mole in the wrath of the artist. Her portrait now marred and her prospects dissolved she remained as lady in waiting. Years of war and bloodshed followed, until the Emperor receives an offer of peace with a proposal of marriage to the Emperors daughter.

Unwilling to offer Huhanye a real princess, Emperor Yuan ordered that the plainest girl in the palace be selected and on examining Wangs portrait, the emperor nodded his approval. With Wangs arrival at court, the deception of the artist was exposed and the Emperor regretfully presented Wang Zhaojun to Huhanye.

The marriage brought many years of peace to the dynasty, yet journeying to distant lands brought terrible homesickness to Wang. Stories recount that each day as she travelled further from home, she sent a letter back by dove. The doves dutifully flew vast distances, landing in a tree that grew outside her home, creating the dramatic vision that is the Dove Tree in flower. 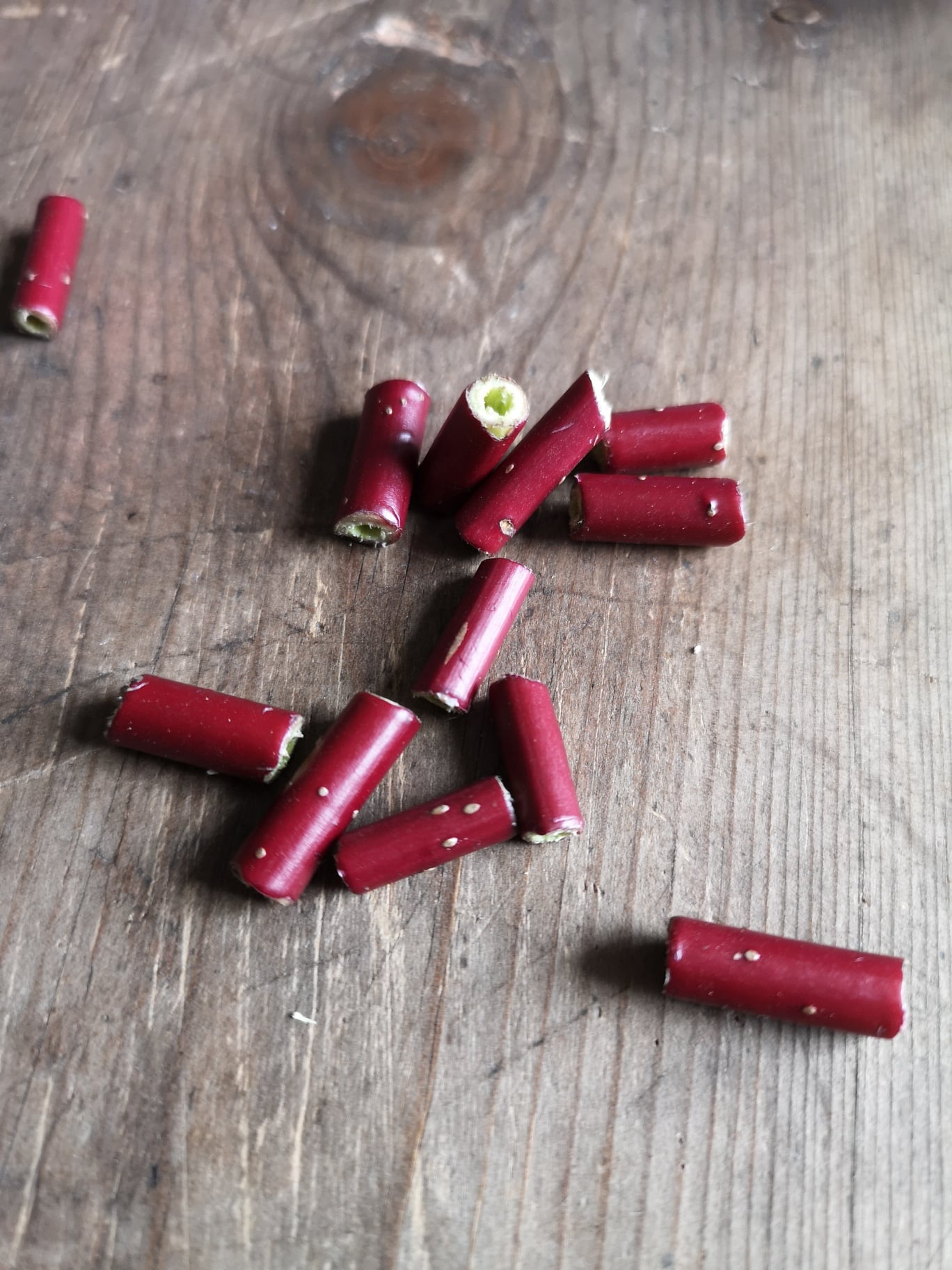 The Handkerchief Tree was an important horticultural discovery in the late 19th Century, the scientific name for this tree is Davidia involucrata, after the first European to record it, Pere Jean Marie Armand David, a French missionary and naturalist, who also first reported the giant panda.

In his travels Pere David, found a single isolated tree growing on a mountain side, at an elevation of over six thousand ft, in Sichuan in 1869. He sent notes and dried samples to Paris in 1871.

In May 1888 a different Davidia was found near the Yangtze gorge by Irish Physician Augustine Henry, who sent a specimen to Kew. Describing the event Henry notes;

“It seemed as though the branches had been draped in thousands of ghostly white handkerchiefs”.

The legacy of the tree reached Sir Henry Veitch, the most eminent horticulturist, who employed Ernest Wilson, a young Kew trained botanist, to travel to China, with precise instructions to locate the tree and bring back seeds. This was a challenge to young Wilson who spoke not a word of the language and had never been overseas.

“Do not dissipate time, energy or money on anything else” Veitch recorded in his correspondence with Wilson.

With a few scant instructions and a hand drawn map to guide him, Wilson set off in search of the single known specimen, managing to survive both a near drowning, and a potentially fatal illness on the way. Finally pinpointing the tree, Wilson was mortified to discover the tree had been felled for timber, to build a nearby house.

His search continued until, two years later, Wilson managed to find another specimen, this time growing perilously on a cliff edge. Succeeding in collecting seeds and samples Wilson embarked on his return to England, yet suffered further misadventure when his ship was wrecked and his collection lost to the seas, with the exception of one package of the precious Davidia seeds.

Finally a nice way to use up some of the trimmings of your cuttings is to turn them into beads. It’s really simple, just snip the cutting into a smallish piece and poke through the soft centre with a paper clip and thread them.

Posted in An Invitation to Create, Workshops and Events by Erno on April 2nd, 2021.