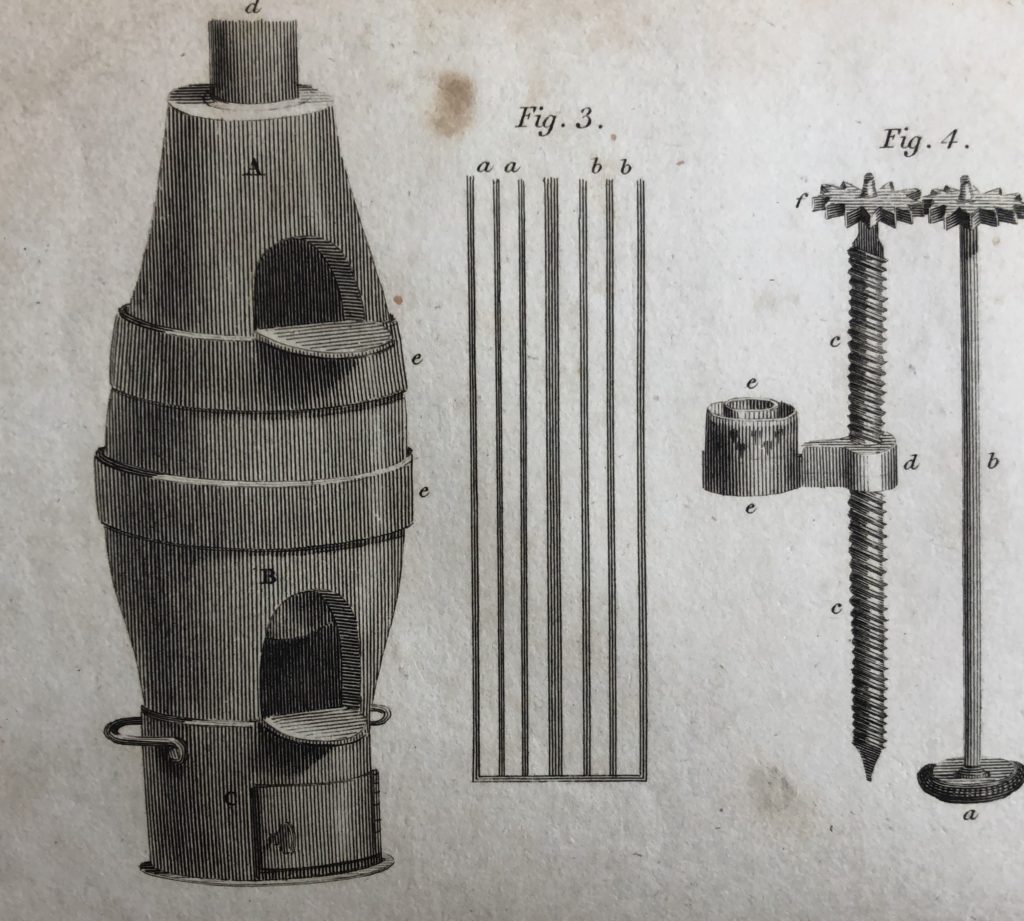 Friedrich Christian Accum (1769-1838) popularised the study of chemistry in the early years of the 19th century. Originally from Germany, Accum moved to London in 1793. There he met William Nicholson (1753-1815), a well-known chemist and inventor, and the editor of the country’s first monthly scientific periodical, A journal of natural philosophy, chemistry, and the arts. Nicholson’s journal responded rapidly to scientific developments; Accum was a contributor from 1798 to 1803. 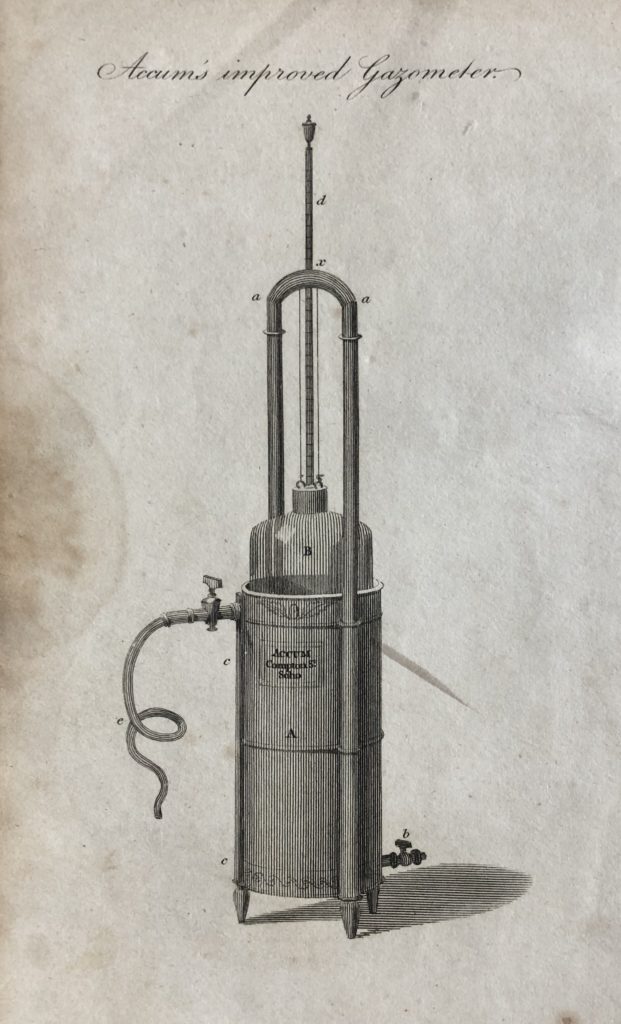 Accum established a business at his home in Old Compton Street producing a variety of laboratory equipment – including the first portable laboratory for use by farmers in their fields. His home was also a school and a laboratory; he gave public lectures there and welcomed his audience to perform simple experiments. He believed that ‘mere facts do not constitute a science’ but are ‘rendered legitimate by experiment’. As his popularity grew, he rented a medical theatre on Cork Street to accommodate his growing audience.

In 1803 Accum published his major work, A system of theoretical and practical chemistry, thought to be the first textbook of general chemistry in English to be based on Lavoisier’s new principles. Accum wrote ‘for beginners’ in a familiar and accessible style:

‘The following treatise has been composed for the instruction of such as are actually unacquainted with chemical science… I have endeavoured experimentally to unfold all the fundamental truths of the science. I have proceeded from first notions step by step; from generals to particulars; from premises to conclusions; deducing causes from their effects, and effects from their causes, in order to maintain a systematic connection between the several parts of the whole, and to recall to the memory, all the changes which bodies are susceptible of in their mutual actions’.

The Devon and Exeter Institution’s copy has been well-read over the last two hundred years; now held together with conservation tape, it is literally in pieces! 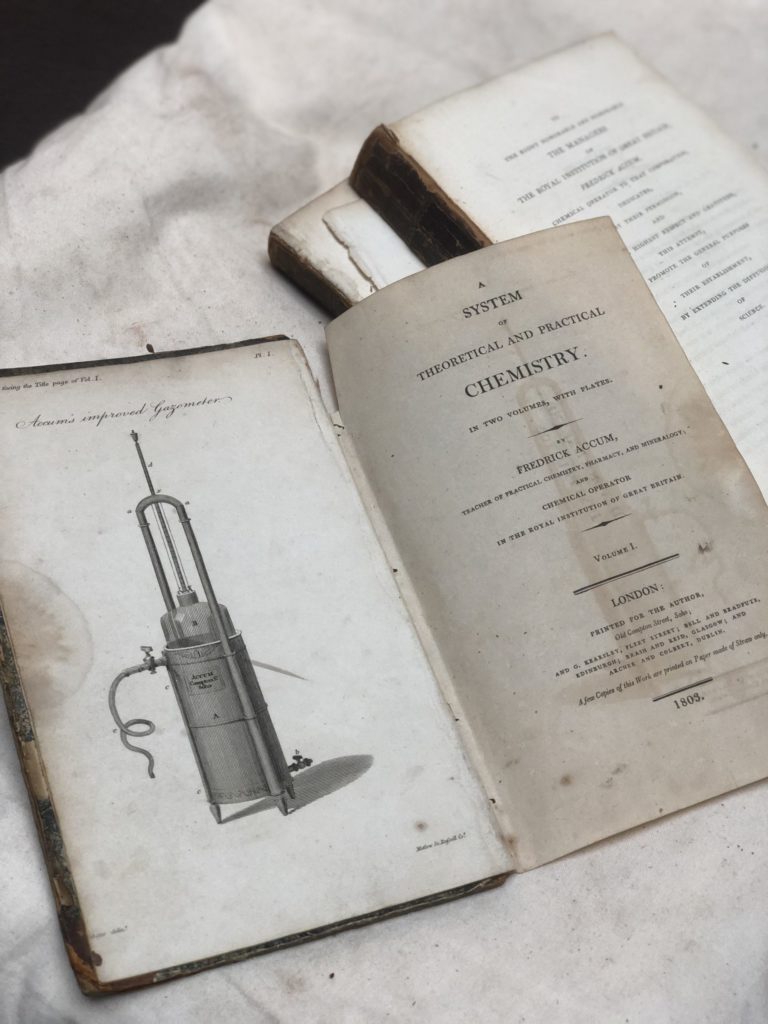 "See that sideboard is tidy and dessert nicely arranged with no bad fruit."🍎 Folded within the pages of "The Woman'… https://t.co/TKdrAtWSdN
03 September 2021

In 1849 there was certainly some resistance to Eliza's appointment as Librarian! One particularly unimpressed indiv… https://t.co/ljeIjcte06
31 August 2021

Our budding fantasy writers have made some excellent work this morning! We made world maps, created characters and… https://t.co/dKgnT4VVNQ
28 August 2021